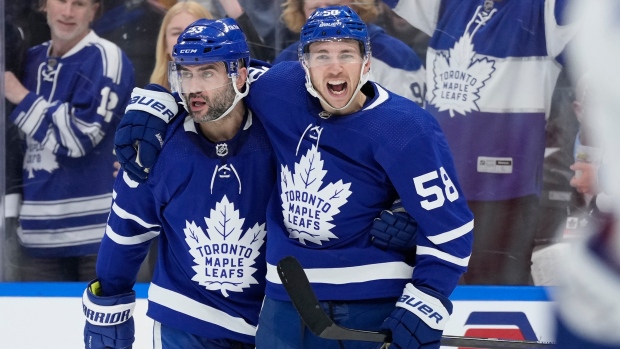 The Toronto Maple Leafs have signed defenceman Mark Giordano to a two-year, $1.6 million contract with an average annual value of $800,000.

The 38-year-old scored eight goals and had 35 points in 75 games last season split between the Maple Leafs and Seattle Kraken. He had two assists in seven playoff games as the Maple Leafs were eliminated in the first round by the back-to-back Stanley Cup champion Tampa Bay Lightning.

An undrafted free agent, Giordano joined the Calgary Flames 2004 where he spent 15 years. He was captain of the Flames for eight seasons. He won the Norris Trophy in 2019 and was named an All-Star three times. Giordano was claimed by the Kraken at the 2021 Expansion Draft and was named the first captain in franchise history. He was traded to the Maple Leafs along with Colin Blackwell a day before the trade deadline in exchange for draft picks.

He is coming off a six-year, $40.5 million contract with an average annual value of $6.75 million.

The Toronto native has 151 goals and 544 points in 1,024 career NHL games split between the Flames, Kraken and Maple Leafs.