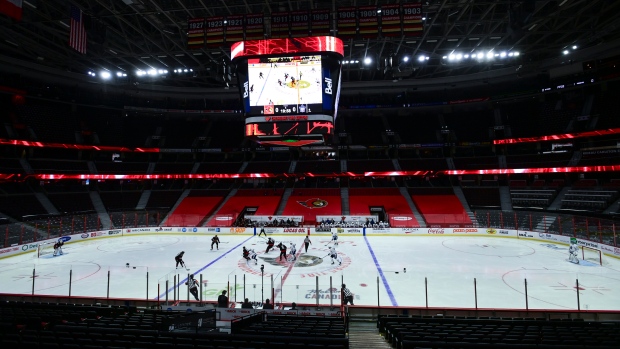 Toronto Maple Leafs forward Nick Robertson left Saturday's game against the Ottawa Senators after the first period with a knee injury and didn't return to action.

Following the 3-2 win, head coach Sheldon Keefe told reporters that Robertson will get an MRI on Sunday and will likely miss some time with the injury.

Will get at an MRI tomorrow

The 19-year-old, who was making his season debut, went hard into the boards midway through the opening period after a collision with Sens winger Drake Batherson.

Robertson played in four playoff games with the Maple Leafs over the summer in the bubble, scoring one goal.

The Leafs selected the native of Pasadena, Calif., in the second round of the 2019 NHL Entry Draft.