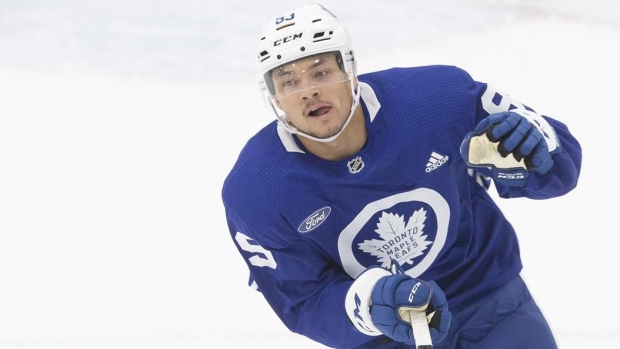 The following players have been assigned to the Toronto Marlies (AHL):

Robertson, 20, was originally taken in the second round of the 2019 NHL Entry Draft out of the Ontario Hockey League's Peterborough Petes.

He made his NHL debut during the 2020 playoffs, appearing in four games of the Leafs' five-game series loss to the Columbus Blue Jackets, scoring a goal.

The Pasadena, CA native appeared in six regular season games for the Leafs last season, tallying an assist. He also played in 21 games for the Marlies, scoring six goals and adding 15 assists.

Marlies training camp opened on Tuesday with the team's first preseason game set for Saturday night against the Laval Rocket in Belleville, Ont.