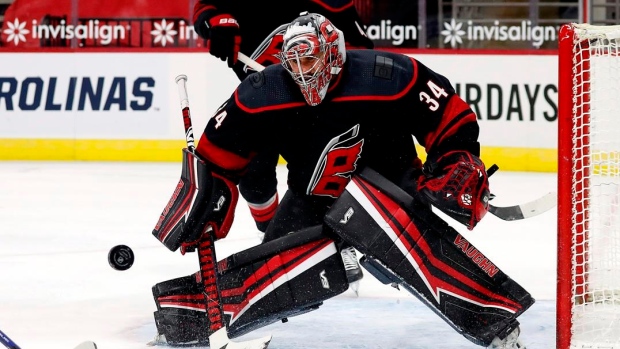 The 29-year-old Mrazek had a 6-2-3 record this season with the Hurricanes, recording three shutouts in those six wins. He had a .923 save percentage and a 2.06 goals-against average on the season.

Mrazek appeared in two playoff games with Carolina, going 1-1 with a .873 save percentage and a 3.90 GAA.

Gabriel appeared in 11 games last season for the San Jose Sharks.  He was selected in the third-round, 81st overall in the 2013 NHL Entry Draft by the Minnesota Wild and has also played for the New Jersey Devils.

David Kämpf joined the Leafs on Wednesday on a two-year, $3 million deal.

Kämpf appeared in 56 games last season for the Chicago Blackhawks and posted a goal with 11 assists.  He has spent his entire four-year, 235-game NHL career with the Blackawks.