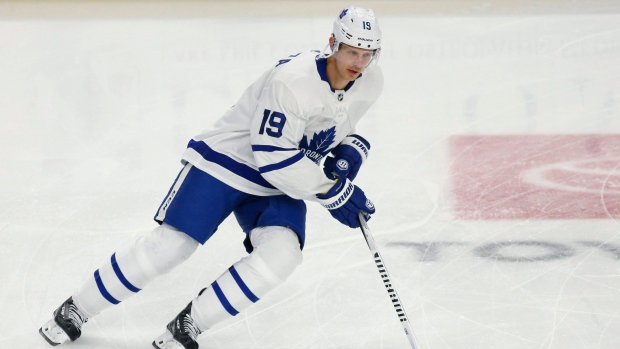 Spezza has appeared in all three games for the Maple Leafs this season, registering an assist.

The 37-year-old is in his second season in Toronto. He finished with nine goals and 16 assists in 58 games for the Leafs last season.

Dell is behind starter Frederik Andersen and backup Jack Campbell on the Leafs' depth chart in net and hasn't appeared in a game for Toronto this season.  He had a 12-15-3 record last season with the San Jose Sharks, posting a .907 save percentage and a 3.01 goals-against average.

In four seasons with the Sharks prior to joining the Leafs, the 31-year-old posted a career 2.75 goals-against average and .908 save percentage over four seasons.