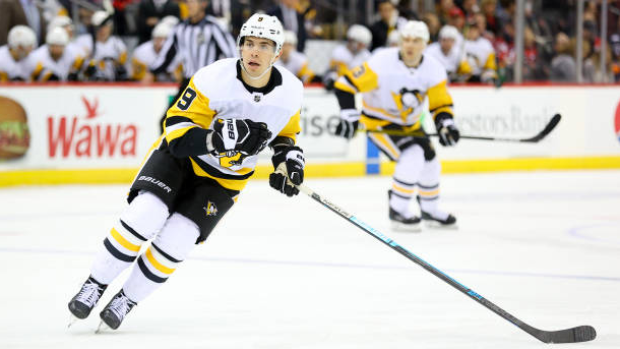 LeBrun notes it's unclear at this point whether the talks will lead to a new deal, adding the Leafs would like to sign Rodrigues for less than the $2 million qualifying offer the team would need to make by Oct. 7 in order to keep his rights.

I'm told that Evan Rodrigues' camp has had ``productive talks'' with the Leafs. TBD whether that leads to a new deal. But safe to say the Leafs would want it to be lower than his $2M qualifying offer. If they don't QO him by the Oct. 7 deadline then he becomes UFA.

Rodrigues was acquired by the Maple Leafs last month from the Pittsburgh Penguins as part of their return for winger Kasperi Kapanen.

The 27-year-old started last season with the Buffalo Sabres, posting five goals and nine points in 38 games before being traded to the Penguins. He added one goal in seven games with Pittsburgh.

Undrafted to begin his NHL career, Rodrigues has 27 goals and 72 points in 199 games.