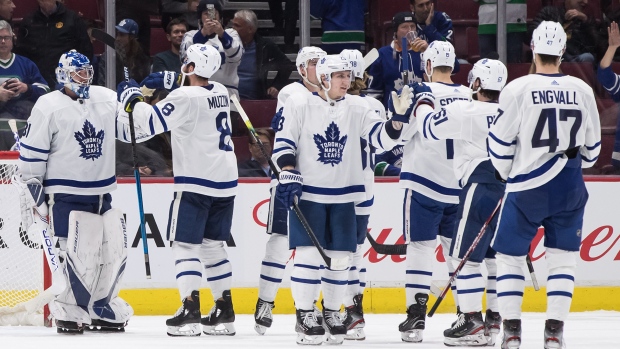 The Toronto Maple Leafs finished second with an estimated value of $1.5 billion, the Montreal Canadiens third ($1.34 billion) and the Vancouver Canucks 10th ($725 million).

Despite missing the playoffs in each of the past three seasons, Forbes lists the New York Rangers as being the franchise worth the most in the NHL at $1.65 billion. The Rangers are owned and operated by Madison Square Garden Sports, who also owns the New York Knicks, classified by Forbes as the NBA's most valuable franchise earlier this year.

Meanwhile, Forbes reports the Stanley Cup winning Tampa Bay Lightning posted an operating loss of $11 million in 2019-20 and were one of nine teams operating on double-digit losses. Forbes also reports the league's five most valuable franchises - Rangers, Leafs, Canadiens, Chicago Blackhawks and Boston Bruins - accounted for almost a quarter of the NHL's revenue. Without them, the league would have lost approximately $50 million.

Forbes adds that more losses are expected during the abbreviated 2020-21 season, which still does not have an official start date but is being targeted for Jan. 13 according to TSN Hockey Insiders Pierre LeBrun, Darren Dreger and TSN Senior Hockey Writer Frank Seravalli.