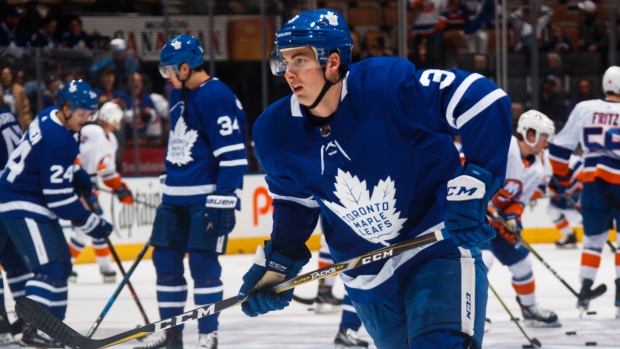 He posted one assist in 11 games with the team last season, averaging just 12:29 of ice time. A second-round pick of the Chicago Blackhawks in 2010, Holl has three goals and 14 points in 51 NHL games, all with the Maple Leafs.

The deal will carry an average annual value of $2 million through the 2022-23 season, meaning he is now signed for a longer term than any other defenceman on the Maple Leafs current roster. Morgan Rielly is signed through the 2021-22 season, while every other player on the team's blueline is scheduled for free agency in July - Travis Dermott and Teemu Kivihalme will be restricted free agents.

With Holl extended, the Maple Leafs now have $66.8 million committed to 10 players for next season and scheduled to have $14.6 million in cap space to fill the remaining 13 roster spots, according to CapFriendly.