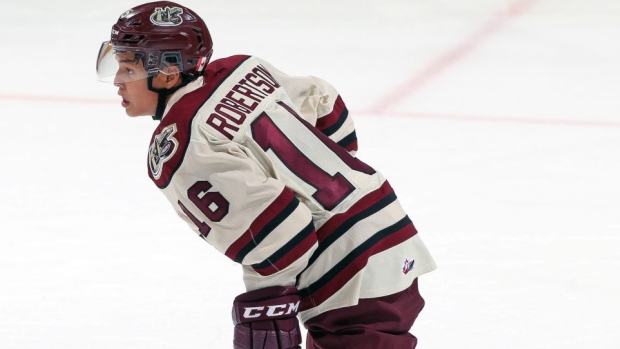 The Toronto Maple Leafs announced the signing of second-round pick Nicholas Robertson to a three-year, entry-level contract on Thursday.

A native of Arcadia, CA, Robertson was taken with the 53rd overall pick out of the Ontario Hockey League's Peterborough Petes this past June.

Robertson was a participant at Leafs training camp, but was reassigned back to the Petes on Sunday.