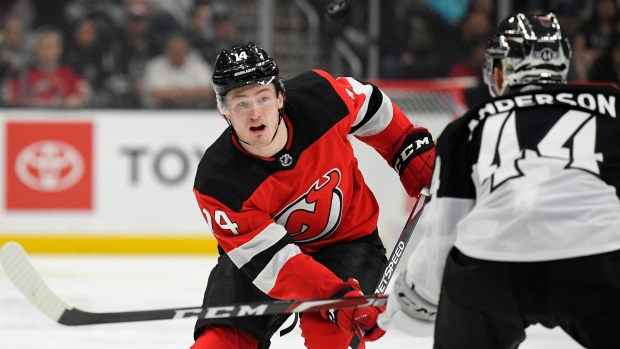 The deal, which carries an average annual value of $750,000 at the NHL level, is a two-way contract in its first two years and one-way in the final year.

The 22-year-old was acquired earlier this month from the New Jersey Devils for winger Andreas Johnsson.

He was drafted by the Devils in the third round of the 2016 NHL Draft.

Hutchinson, 30, split the 2019-20 season at the NHL level between the Maple Leafs and the Colorado Avalanche, posting a 5-9-1 record, posting a 3.47 goals-against average and a .888 save percentage. He appeared in four playoff games with the Avalanche, going 2-1 with a .910 save percentage.

Hutchinson is the second goaltender the Maple Leafs have added in free agency, joining Aaron Dell, who signed a one-year deal earlier this month.