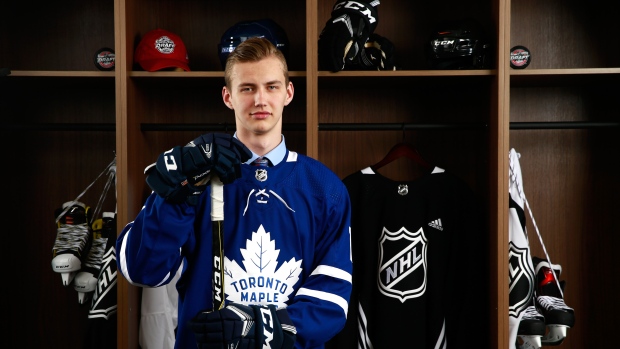 The Toronto Maple Leafs have traded the rights to unsigned defenceman Fedor Gordeev to the Minnesota Wild for a conditional seventh-round pick.

.@SportChek Player Alert: The @MapleLeafs have acquired a conditional seventh-round selection in the 2020 NHL Draft from the Minnesota Wild in exchange for the rights to unsigned draft choice Fedor Gordeev. pic.twitter.com/98r8vb6DrK

Gordeev, a fifth-round pick of the Maple Leafs in 2017, will re-enter the NHL Draft if not signed before Saturday (June 1). TSN Hockey Insider Bob McKenzie reports he is expected to sign with the Wild before the deadline.

The 20-year-old split last between the Flint Firebirds and Guelph Storm in OHL. He scored seven goals and posted 32 points in 63 games between the two teams. The Toronto native added two goals and one assist in 23 games as the Storm reached the Memorial Cup as OHL champions.