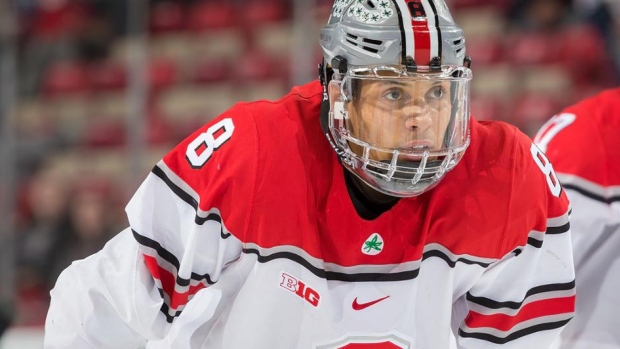 Dakota Joshua's Toronto Maple Leafs career is over before it really began.

The team announced on Friday that it had traded the 23-year-old Ohio State forward to the St. Louis Blues in exchange for future considerations. The Blues then announced that Joshua had signed a two-year, entry-level deal with the team.

A native of Dearborn, MI, Joshua was a fifth-round selection by the Leafs in the 2014 NHL Entry Draft out of the USHL's Sioux Falls Stampede. He spent the past four seasons at OSU.

"Dakota has had an outstanding college career and we are excited to be adding him to our team," Blues general manager Doug Armstrong said in a release.

Over his 128-game collegiate career, Joshua notched 41 goals and 59 assists.