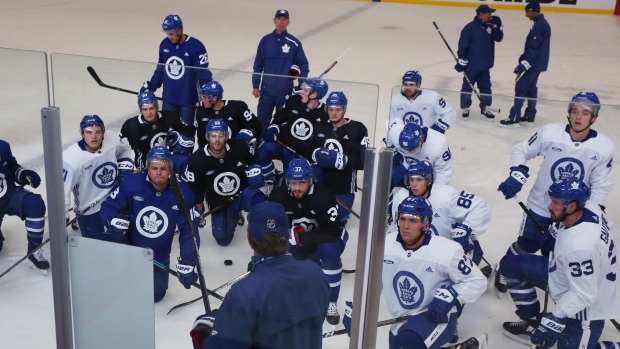 The Toronto Maple Leafs announced today that the team has trimmed their training camp roster. The Leafs now have 54 players (31 forwards, 17 defencemen and six goaltenders) left in camp.

The Maple Leafs open their preseason schedule against the Ottawa Senators at Mile One Center in St. John's on September 17.