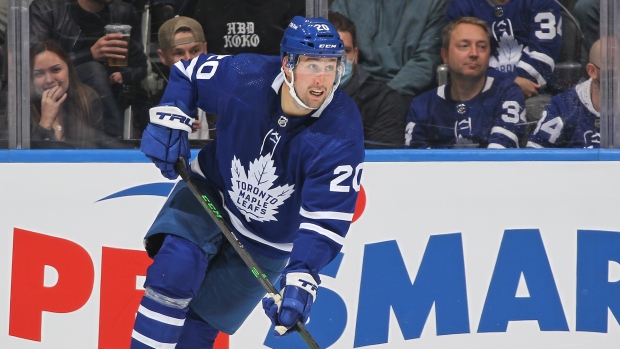 The Toronto Maple Leafs have waived forward Nick Ritchie, it was announced on Thursday.

Ritchie, 26, played 30 games with the Leafs this season, registering one goal and seven assists. He signed a two-year contract with a $2.5 million AAV with the club in the offseason.

Ritchie was originally selected 10th overall by the Anaheim Ducks in the 2014 NHL Draft. In 380 career NHL games with the Ducks, Leafs, and Boston Bruins, Ritchie has 60 goals and 85 assists.