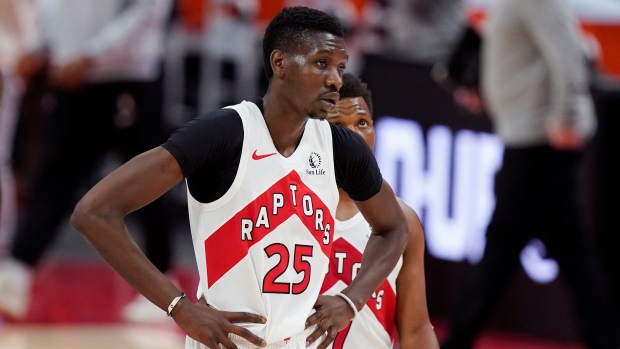 Brooklyn's Timothe Luwawu-Cabarrot came down hard on Boucher's left ankle while fighting for a rebound and sent him to the floor in obvious pain.

The team announced soon after that he would not return to the game as the Raptors went on to win 114-103. He will have an MRI to determine the severity of the injury.

Boucher is headed for an MRI to determine the severity of his left knee injury.

Boucher had four points and seven rebounds in 10:35 of action before departing.

He is in his third season with the Raptors and averages 13.8 points and 6.7 rebounds in 58 games so far this season.

Following their showdown with Brooklyn, Toronto will be back in action Saturday afternoon in the World's Most Famous Arena against the New York Knicks.