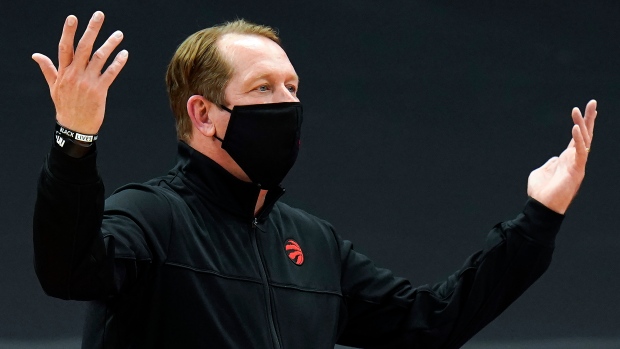 "I got to think that a lot of the teams, if not all of them, are pretty happy with what it ended up," Nurse told reporters prior to Toronto's game against Dallas in Tampa on Monday.

"Even some of the minor parts of the deal — I think that (guard Caris) LeVert's a hell of a player for Indiana. I think he'll help them. (Centre Jarrett) Allen's a good player who will help Cleveland. I think Houston's happy with all of the assets they accumulated. And then obviously all the talk and focus is on Brooklyn and how high-powered they can be with all those guys.

"So I guess we can all place our bets on what we think is going happen. But we've just got to watch it play out. From my standpoint, I hope it flops for all three teams in the East," he added with a laugh. "I don't really care what Houston does. But I hope it doesn't turn out for any of them."

The Rockets also acquired three players: Victor Oladipo from the Pacers, Dante Exum from the Cavaliers and Rodions Kurucs from the Nets. The Nets, meanwhile, sent Allen and forward Taurean Prince to Cleveland while LeVert ended up in Indiana.

This report by The Canadian Press was first published Jan. 18, 2021