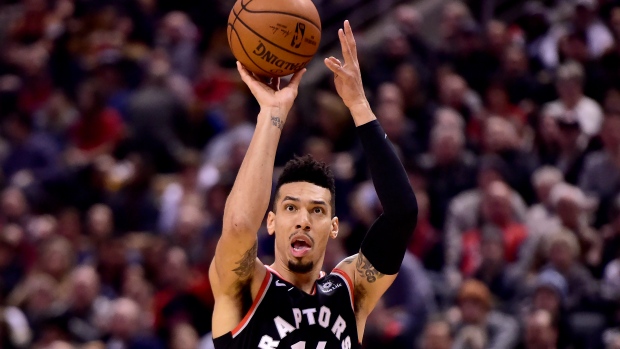 We had #DannyGreen up here talking about possible moves for his upcoming free agency 👀 Full interview up now! pic.twitter.com/CKiPsSm5I9

The two time NBA Champion was asked specifically about the Los Angeles Lakers and what he would do if the Raptors and LA made the exact same offer.

Aside from Kawhi Leonard, Marc Gasol could be the other noteable free agent from this Raptors team if he decides to not pick up his player option of $25.5M.

"If they're changing everything and I feel like it's going to be a rebuild year, it's going to be tougher to win." Green added,  "And if [the Lakers] start getting pieces and it looks like they're going to win then my decision might go that way."

The sharpshooter noted that if both teams offer the same money and their situations remain the same then he wants to return to Toronto.

When one of the hosts brought up LeBron James, Anthony Davis and the Lakers' need for shooting, Green said, "It would be fun to play with those guys, for sure."

"But I think we have something special with the group we have in Toronto and if it ain't broke." Green noted.

Green also mentioned that the bright lights of Los Angeles are a distraction for players and thinks that's one reason why San Antonio has been so successful.

"It's easier to be focused there." He said, "It's warm, it's got good food, but there's not a lot of partying there."

When asked about if he would follow Kawhi to the Clippers, Green said, "I wouldn't say I follow him, but it does help other guys figure out what they want to do."

"I would love to be playing with [Kawhi]. He said  "But if he leaves Toronto, then I'm going to go where I can make the most [money] and also win."