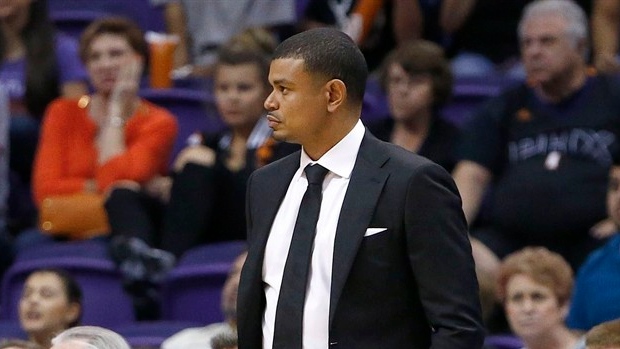 The Toronto Raptors are set to add some head coaching experience to Nick Nurse's staff.

Yahoo! Sports' Chris Haynes reports that former Phoenix Suns head coach is finalizing a deal to join the team as an assistant.

Haynes notes that Watson is widely credited in advancing Devin Booker's development and had been sought after by other teams in the NBA.

Watson, 42, served as Suns head coach for parts of three seasons after taking the reins of the team midway through the 2015-2016 season upon the firing of Jeff Hornacek. He posted a 33-85 mark in charge of the team.

Prior to coaching, Watson spent 13 seasons in the NBA as a player and appeared in 878 games for the Seattle SuperSonics/Oklahoma City Thunder, Memphis Grizzlies, Indiana Pacers, Utah Jazz and Portland Trail Blazers.