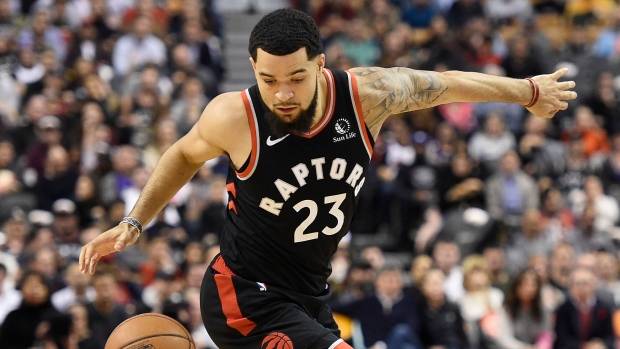 Toronto Raptors guard Fred VanVleet will not return to Sunday’s game against the Philadelphia 76ers with a right knee contusion the team announced.

VanVleet started against the 76ers and played 12:07, scoring two points and adding two assists and one rebound, before leaving the game in the second quarter.

The 25-year-old has played in every game this season for the Raptors and entered the contest averaging 18.7 points, 7.3 assists and 3.9 rebounds per game.