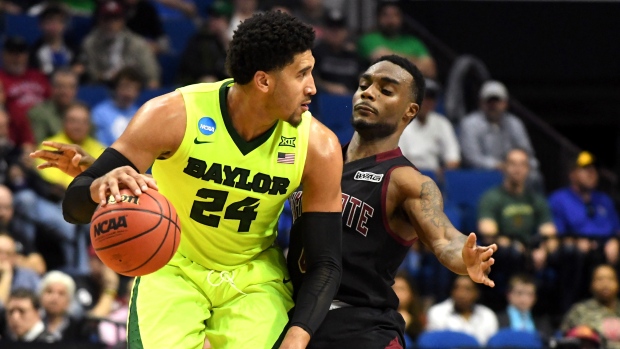 ESPN's Adrian Wojnarowski reports the 26-year-old Kansas City native is signing with the Toronto Raptors on a two-year deal.

Free agent F Ishmail Wainright has agreed to a two-year deal with the Toronto Raptors, his agents Deirunas Visockas and Jim Tanner of @_tandemse tell ESPN.

A swingman, Wainwright played for SIG Strasbourg in France's LNB Pro A last season, averaging 11.8 points on .486 shooting, 4.6 boards and 2.5 assists a night in 35 games.

Wainwright spent four season playing for the Bears basketball team and in his senior year in 2017, he played tight end for the football team and appeared in nine games, recording a pair of touchdowns. Undrafted, he signed as a free agent with the Buffalo Bills in 2018, but did not see any game time.