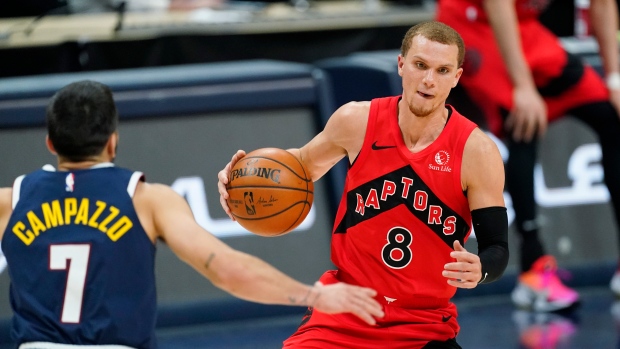 Toronto Raptors point guard Malachi Flynn has been named the Eastern Conference rookie of the month for April.

Your Eastern Conference Rookie of the month @malachiflynn. #WeTheNorth

The 22-year-old started seven of the Raptors' 15 games in April due to injuries to starters Kyle Lowry and Fred VanVleet. In 28.3 minutes per game last month, Flynn averaged 12.7 points 4.8 assists, and 4.1 rebounds on 42.9 per cent shooting.

Flynn scored a career-high 22 points against the Atlanta Hawks on April 13 and recorded his first career double-double on April 10 against the Cleveland Cavaliers.

Flynn was drafted 29th overall by the Raptors in the 2020 NBA Draft out of San Diego State.