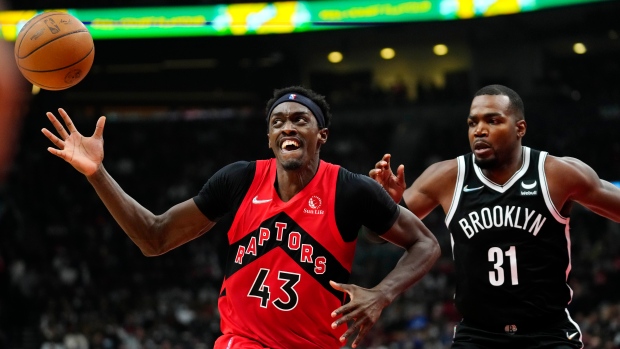 Toronto Raptors forward Pascal Siakam has been ruled out for Thursday's game against the Philadelphia 76ers for rest.

No Siakam tonight in Philly, he's officially been ruled out for rest (or "injury management") in the 2nd night of a back-to-back. Birch and Watanabe remain out as well.

The second night of a back-to-back, Siakam played in Wednesday's 104-88 loss to the Boston Celtics.

The 27-year-old made his season debut on Sunday after offseason surgery to repair a torn labrum in his left shoulder.

Khem Birch remains out with knee swelling as well as Yuta Watanabe.