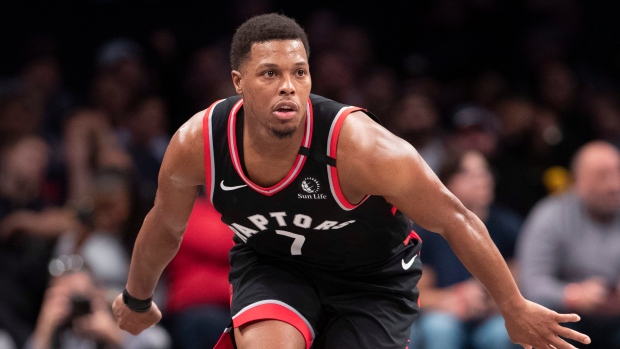 Toronto Raptors point guard Kyle Lowry will not play Saturday night against the Brooklyn Nets because of whiplash. He was originally listed as questionable earlier in the day.

Doesn't sound like Lowry's neck injury is serious, shouldn't be out long. Nurse says they'll either start McCaw or Davis in his place tonight.

Lowry was injured in Friday's win in Indiana against the Pacers, missing the final 14 and a half minutes with what Nick Nurse described as a whiplash injury. X-rays came back clear after the game.

Lowry finished with 16 points and 11 assists in 28:05 minutes of action before departing late in the third quarter. For the season, he is averaging 19.6 points per game to go along with 7.4 assists in 41 games.