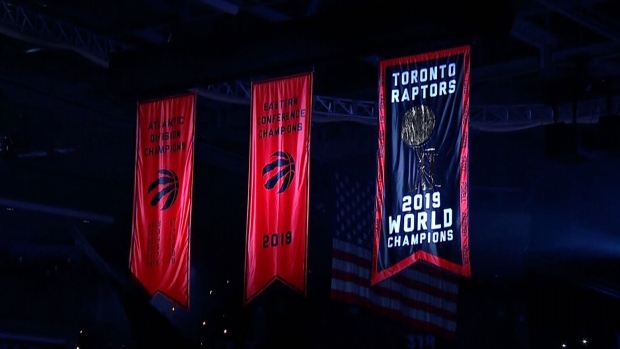 Tuesday’s celebration comes four months after the Raptors defeated the Golden State Warriors in the Finals. The Raptors’ championship banner is the first banner from one of the major North American professional leagues to be hung in Scotiabank Arena. The NHL’s Toronto Maple Leafs, the arena’s other major sports team cohabitant, has not won a championship since moving to the arena from Maple Leaf Gardens in 1999. The Toronto Rock of the National Lacrosse League have six championship banners hanging in the rafters at Scotiabank Arena.

The Raptors’ banner and ring presentation ceremony was held in advance of the tip-off of their season-opening game against the New Orleans Pelicans.