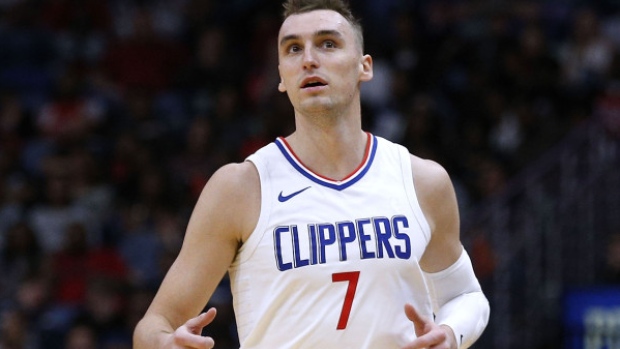 Forward Sam Dekker is returning to the NBA.

His agents tell ESPN's Adrian Wojnarowski that the 2015 first-round pick has signed a deal with the Toronto Raptors.

After two seasons overseas, F Sam Dekker is returning to the NBA on a deal with the Toronto Raptors, his agents Andy Shiffman and Mark Bartelstein of @PrioritySports tell ESPN.

Dekker, 27, had appeared in 200 NBA games over four seasons with the Houston Rockets, Los Angeles Clippers, Cleveland Cavaliers and Washington Wizards before spending the past two seasons in Europe with Lokomotiv Kuban in Russia and Turkey's Turk Telecom.

A native of Sheboygan, WI, Dekker spent three seasons at Wisconsin where he was twice named to the Second All-Big Ten Team, averaging 13.9 points a game in his junior year.