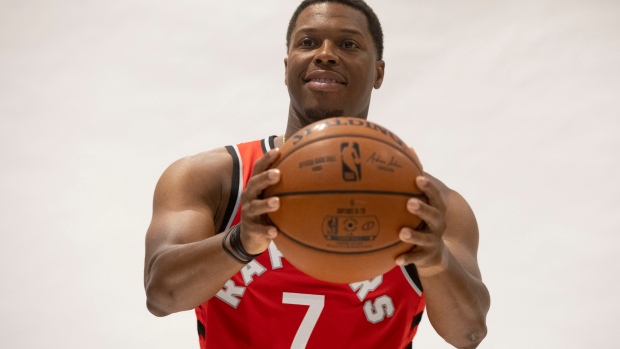 However, the 33-year-old is expected to be cleared soon, according to TSN's Josh Lewenberg.

Lowry is still being held out of practice after offseason thumb surgery. Raptors are waiting for him to be fully cleared - expected soon. Meanwhile, Gasol is ramping up his work in camp. Nurse estimates he's participating in 50% of the drills right now.

Lowry averaged 14.2 points, 4.8 rebounds and 8.7 assists over 65 games last season, his seventh in Toronto. Despite dealing with a thumb injury for most of the playoffs, Lowry averaged 15 points, 6.6 assists and 4.9 rebounds over 24 games in the postseason as Toronto captured their first NBA title in franchise history.

In other news, veteran centre Marc Gasol has began to ramp up his workload with head coach Nick Nurse estimating the Spaniard participating in 50 per cent of drills right now.