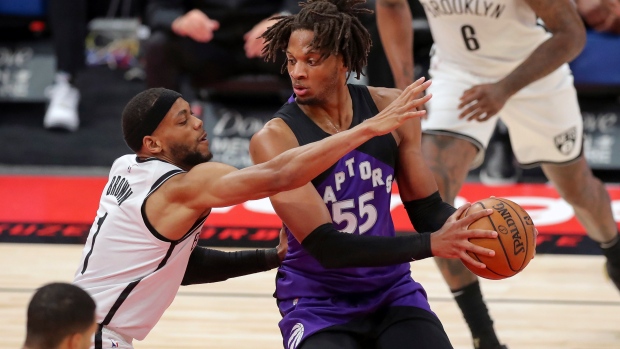 The Toronto Raptors have started making their roster cuts ahead of the regular season, waiving forwards Freddie Gillespie and Reggie Perry, the team announced on Wednesday.

The club will need to make one more roster cut prior to Saturday to make the limit of 17 players, which include 15 NBA contracts and a pair of two-way contracts.

White, 21, played 26 games with the Brooklyn Nets last season and averaged 3.0 points and 2.8 rebounds in 8.1 minutes per game.