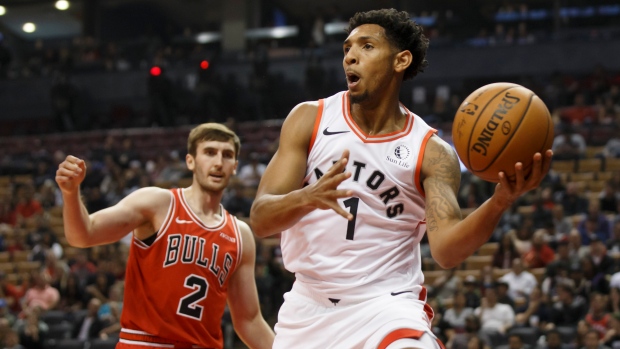 The Toronto Raptors have made more cuts to their roster ahead of their first game of the 2019-20 campaign.

On Saturday, the team announced that it had waived guard Cameron Payne and forward Devin Robinson. The Raptors also waived guard Matt Morgan on Friday. Morgan signed with the club the day before. He is expected to join the Raptors G League affiliate, Raptors 905.

The Raptors have waived Cam Payne and Devin Robinson.

Morgan was waived yesterday. He’s headed to 905 with Duane,

Payne, 25, has four previous NBA seasons under his belt. He split time last season between the Chicago Bulls and Cleveland Cavaliers.

Robinson, 24, has appeared in eight regular-season NBA games, all of which were spent with the Washington Wizards.

Morgan, 21, is an undrafted rookie. He played on the Raptors' 2019 Summer League team.