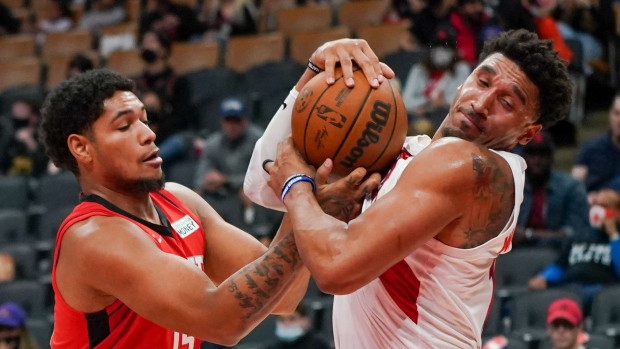 The Toronto Raptors announced Sunday that they have waived forward Ishmail Wainright.

This means Toronto's roster now stands at 15 with two two-way players, giving them a full roster ahead of their season-opener against the Washington Wizards. With Wainright being waived, this means Yuta Watanabe, Isaac Bonga and Sam Dekker will stay on as Raptors.

Wainright signed with the Raptors as a free agent over the summer, after spending the last three seasons overseas in France (2020-21) and Germany (2018-20).