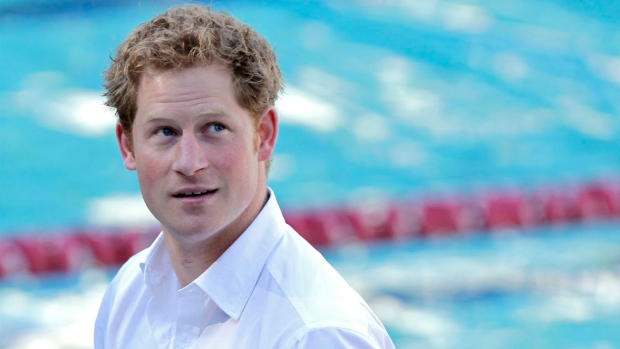 TORONTO - Today, Prince Harry announced that the 2017 Invictus Games have been awarded to Toronto. The third Invictus Games, to be held in September 2017, will be the largest Games yet, with more than 600 military competitors from 16 nations competing in 12 sports. The Invictus Games are the only international adaptive sporting event for wounded, injured and ill active duty and veteran service members.

Prince Harry made the announcement via video with just over 50 days to go until the 2016 Invictus Games, which will be held in Orlando, Florida, from May 8 to 12.

The Prince's complete video message can be viewed at invictusgames2017.com.

“I always hoped the Invictus story would continue after the London Games,” said Prince Harry, who founded the Invictus Games in 2014. “And having seen so many new people benefit from their journey to Orlando this year, I definitely did not want it to end here. So today, I am absolutely delighted to announce that the Invictus legacy will continue when Toronto hosts the third Invictus Games.”

Prince Harry also announced that he will visit Toronto in May 2016 to officially launch the 2017 Invictus Games.

The Invictus Games use the power of sport to inspire recovery, support rehabilitation and generate broader awareness of the physical and psychological injuries sustained by our ill and injured service members and veterans.

“I know first-hand how difficult it can be to struggle with physical and mental health issues that are related to the service you have given to your country,” said Bruno Guévremont, Captain of Team Canada 2016. “Competing in the Invictus Games on home soil will provide me and my fellow military competitors with the pride and confidence needed to push our minds and bodies beyond what we thought was possible - to represent our country shoulder-to-shoulder, as we once did.”

Hosting the Games in Canada in 2017, the year the country celebrates the 150th anniversary of its Confederation, will provide a unique opportunity for Canadians to commemorate and honour its ill and injured soldiers, and their families.

“Canadians actively look for ways to express their gratitude to our military. The Invictus Games will provide an ideal forum for what we know will be an unprecedented outpouring of support and appreciation, ” said Michael Burns, chief executive officer, Invictus Games Toronto 2017.

“It is a great honour for Canada to be chosen to host the 2017 Invictus Games and I look forward to seeing our veterans and Armed Forces members represent our country once again,” said the Hon. Kent Hehr, Minister of Veterans Affairs.

Premier of Ontario Kathleen Wynne also expressed her support: “The Invictus Games will build on the success [of the TORONTO 2015 Games], with remarkable service men and women and veterans from allied nations competing in these exciting and uplifting Games.”

Having recently hosted thousands of visitors during the TORONTO 2015 Pan Am/Parapan Am Games, the Invictus Games will present another opportunity for Toronto to showcase its status as a world-class tourism destination.

“The City of Toronto is looking forward to welcoming the Invictus Games in 2017. Sport has the unique power to change lives. The service men and women who participate in these Games deserve to be honoured and Toronto is proud to be the stage on which they will stand as they step into the world spotlight,” said Mayor of Toronto John Tory.

Prince Harry’s video announcement will be played this evening during a reception celebrating 50 days to go until the 2016 Invictus Games, to be hosted at the Canadian Embassy in Washington, DC. The 2016 Invictus Games will be held from May 8 to 12 at the ESPN Wide World of Sports Complex at the Walt Disney World Resort in Orlando, Florida.

About the Invictus Games

"Invictus" is Latin for unconquered, and it embodies the fighting spirit of the service personnel. Prince Harry founded the Invictus Games following a visit in 2013 to the US-based Warrior Games, a sporting competition for ill and injured American service members and veterans. He was inspired to create an expanded version of the Games that would invite all soldiers and veterans from allied nations to compete.

Invictus Games Toronto 2017 (IG2017) is the Organizing Committee tasked with bringing the Invictus Games to Toronto, Canada in 2017. Founded in August 2015, IG2017 will work to build on the success of the London 2014 and the Orlando 2016 Invictus Games to put on an event that will capture the imaginations of the Canadian public, corporations and governments, as well as soldiers, veterans and their families.