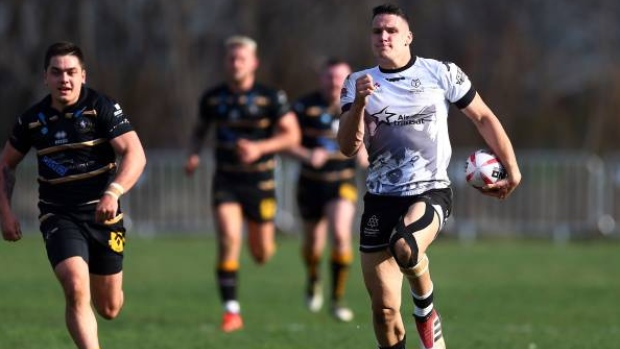 The 24-year-old began his career with his hometown club Halifax in 2016 before joining Hull FC and spending time with York City Knights, Doncaster and Leigh Centurions on loan.

The former England Academy rugby union player then signed for the Wolfpack, scoring 27 tries in 34 appearances.

"There was a real desire from Toronto Wolfpack to keep Nick but he was keen to test himself and back himself here," Hull KR coach Tony Smith told the Super League team's website.

"He has a real desire to improve and has a good level of confidence in his own game."

Hull Kingston Rovers finished 11th in the 12-team Super League this season with a 10-19-0 record, escaping relegation on points difference. The Wolfpack will join Hull KR in the top tier this season after winning promotion out of the Betfred Championship.

This report by The Canadian Press was first published Oct. 13, 2019.