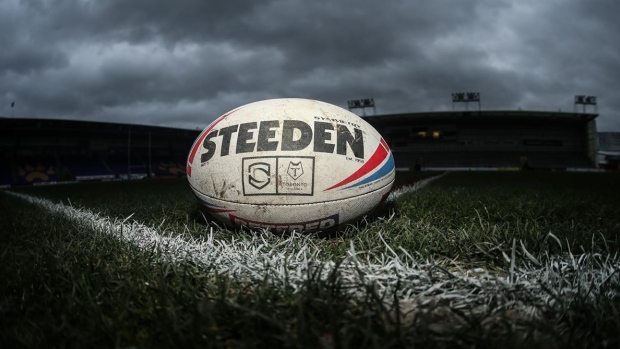 TORONTO — In the end, the question wasn't whether the financially troubled Toronto Wolfpack might get a reprieve from Super League.

It was how did the transatlantic rugby league team ever get this far?

Wolfpack founder Eric Perez wrote down his blueprint for rugby league in Canada on a fish and chips wrapper. Somehow his brainchild — years in the making — made it all the way to Super League although he was divorced from the project by then, focused on trying to avoid making the same mistakes with the Ottawa Aces when they start play in the lower leagues next year.

Thanks to the powers that be in English rugby league, the Wolfpack were built on a rotten foundation. Expansion to North America was fine as long as the U.K. contingent didn't have to pay for it.

Toronto looked after travel and accommodation costs for visiting teams from Day 1 in 2017. It would get none of the central distribution funding that fuels the 11 other Super League sides. And salary cap relief for teams with established academies was not available to Toronto.

The Wolfpack signed the deal, so they knew what was coming. Under majority owner David Argyle, the plan was to spend money to make money. But only the first half of the equation happened.

"I was there two weeks and I thought 'This is never going to work,'" said Wolfpack CEO and chairman Bob Hunter, the former MLSE executive who never got a paycheque in his 15 months with the club.

"Like I don't even know how these guys have been operating for three years. Because David had resources but he couldn't sustain it. So I felt very sorry for him. He was putting so much effort in and getting so little in return."

In a March interview with Forty20 magazine, former Wolfpack director of rugby Brian Noble proved to be prescient.

“I just hope that if the Wolfpack was to fail, it wasn’t as a result of restrictions placed on the club that no one else has had to deal with," said Noble, a legendary player and coach. “There are no more difficulties than at any club I’ve been part of, just twice the logistics with two bases and one massive difference — they’ve not taken one penny of central distribution to help out with all that.

The Wolfpack were a labour of love for Argyle. His smile filled Lamport Stadium as he clutched a giant bottle of champagne when the team won promotion.

But eventually the Toronto-based Australian ran out of funds. A colourful character who specializes in mining and resources in emerging markets, he also ran out of investors.

Toronto has been in limbo since standing down July 20, saying it could not afford to play the remainder of the season with the pandemic preventing games from being played in Canada. Players and staff have not been paid since June 10.

Super League responded in July by tearing up Toronto's participation agreement and expunging its points from the standing.

When Argyle agreed to step away, Toronto businessman Carlo Livolsi stepped up and made a case to buy the team — as long as it remained in Super League and got its fair share of the funds that went to rival clubs. Not to mention a vote at the board table.

The central distribution funding, drawn primarily from TV revenue with a portion from sponsorships, is worth about 2.3 million pounds ($3.9 million) per team in a normal year.

Giving Toronto its share would, of course, reduce the amount the other clubs got.

LiVolsi even offered to play all of the Wolfpack games in the United Kingdom in 2021, to have more time to ensure the new 2022 to 2025 business plan would be properly in place

Super League rejected the bid for reinstatement by an 8-4 vote with one abstention Monday. Salt was rubbed into the wound with a report from a Super League-appointed committee that essentially concluded that having a team in North America "was non-strategic and added no material incremental revenue to Super League in the short- or medium-term."

And there was a final kick to the teeth with the comment that there wasn't a proper assessment of North American expansion before it happened.

Tell that to the understaffed Wolfpack front office and technical staff, who put in long hours to establish a rugby league beachhead here. Or the happy fans who filled Lamport for the first three seasons.

Barring a miracle, the Wolfpack are dead in the water today.

The franchise could try to start again in the lower leagues — the domain of the Rugby Football League, which is believed to have supported Wolfpack efforts to win reinstatement.

But who would want to give take that on, given the team's losses — the missed payroll alone is estimated to reach one million pounds ($1.7 million) by year-end, part of the franchise's 3.5-million-pound ($6 million) liability — and lack of interest from Super League?

Argyle remains the club owner, but remains unable to fund it.

"I don't think at the moment the club is anywhere," said Hunter.

The Wolfpack will be remembered for their success as a glorious failure.

Fielding a small but full-time squad against part-timers in the third tier in 2017, Toronto won promotion to the second-tier Championship by winning 15 straight games and outscoring the opposition 916-157.

There was more success in the Championship. Toronto topped the regular-season table at 20-2-1 in 2018 but fell one win short of reaching Super League, losing the Million Pound Game 4-2 to London Broncos.

Under new coach Brian McDermott, the Wolfpack dominated the 2019 Championship, finishing atop the standings at 26-1-0. And this time, Toronto sealed the deal by defeating Featherstone Rovers 24-6 to earn promotion to the top tier.

The Wolfpack made headlines worldwide by signing former All Black Sonny Bill Williams last November to a rich two-year deal. Argyle hoped to take the team to European cities like Madrid to showcase the brand and Williams, now 35, provided instant worldwide recognition.

The team had been paying the TV production costs to air home and away games on Sky Sports in Britain in a bid to raise its profile. There were danger signs late in the 2019 season when Toronto cut back on its TV broadcasts to save money.

There were rumblings of unpaid bills and a late payroll.

While the club set lower-league attendance records at the 9,600-capacity Lamport Stadium, there were question over how many tickets had been given away.

On the playing field, the top tier proved challenging. Toronto was 0-6-0 but coming off a Challenge Cup win over Super League's Huddersfield when play was suspended in mid-March due to the pandemic.

The Wolfpack took their first public step in April 2016, billing themselves as the first major-league transatlantic pro sports team.

"It's a leap for faith for all concerned," Nigel Wood, chief executive officer of the Rugby Football League, said at the time.

"I think there's every chance (at success). I think there's more reasons to celebrate than there is to be fearful ... The world is shrinking," added Wood, a hulking former rugby league player.

In truth, the team was based in England. Players maintained their homes there and had a training base. While in Canada, the players stayed in college accommodations.

They loved it. Toronto was a big new playground for the players, most of whom came from the north of England.

And Lamport proved to be a welcoming home. The 45-year-old stadium with its concrete benches and no protection from the elements mirrored the team — gritty, functional and no-frills. The Wolfpack filled both endzones with craft beer tents and hospitality zones.

The loudest cheers came from the stands when the ball bounced off a passing streetcar during conversion attempts. Wolfpack players would do a lap of the stadium after games, shaking hands, posing for pictures or gulping a beer handed their way.

The physicality of rugby league — the less popular 13-player version of code as opposed to 15-player rugby union — drew fans new and old.

Noble called it "the NFL with MMA."

McDermott, the decorated former Leeds Rhinos coach who succeeded Rowley after the 2019 season, led the Wolfpack to its ultimate goal of Super League. But he later acknowledged the franchise made mistakes on and off the field, was underprepared for promotion to the top tier and had "damaged bridges within the game."

He asked for a second chance, saying his team would do better. And that the sport and Super League were better with Toronto part of it.

McDermott declined comment Monday, other than to say he was feeling "pretty flat and disappointed."

This report by The Canadian Press was first published Nov. 2, 2020