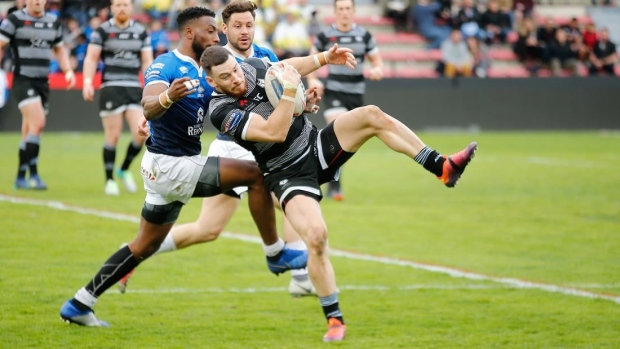 Toulouse Olympique beat York 44-6 on Saturday to earn a place in the other semifinal against the Toronto Wolfpack. York is still alive, however, by virtue of the five-team playoff format.

The transatlantic Wolfpack will host Toulouse on Sept. 22 at Lamport Stadium next Sunday with the winner advancing to the Oct. 5 Grand Final for a place in the top-tier Super League.

The loser plays the following weekend for a second chance to make the final.

Toulouse handed Toronto its only defeat of the regular season, a 46-16 decision in France on March 6. The Wolfpack have not lost since, reeling off 21 straight wins — including two over Toulouse (42-14 and 28-16).

Toronto fell at the last promotion hurdle last season, losing 4-2 to London Broncos in the Million Pound Game. The Broncos (10-9-0) turned heads in the Super League but were relegated with a loss to Wakefield on Friday.