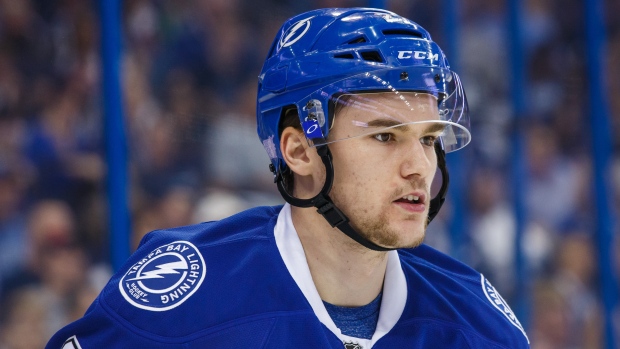 The NHL's Feb. 29 Trade Deadline is approaching and teams are making decisions on whether to buy or sell and decide which players can make the biggest difference and hold the greatest value. Check out today's trade rumours and speculation from around the NHL beat. And follow TradeCentre on TSN and TSN.ca through Deadline Day for all the updates.

TSN Hockey Insider Bob McKenzie shared his thoughts on the possibility of the Canadiens making a push for Drouin on twitter:

The Chicago Blackhawks demoted Bryan Bickell to the AHL for the second time this season on Sunday. Now, Bickell's agent, Todd Diamond, is searching for a trade to keep his client in the NHL.

“If we are watching things with our eyes open, it’s pretty clear that I would say his future is likely not with the Blackhawks,” Diamond told the Chicago Sun Times. “Hopefully, we can work out a trade. Stan [Bowman] is open to that. But making trading these days in the NHL can be a time-consuming process where in the past you could just move bodies around much easier. Now it’s not just a hockey trade, but it’s also a financial trade. Sometimes it just takes time. For some teams, every day counts towards the cap. Sometimes it can take a couple days or it can take months.”

Bickell is signed through 2016-17 with annual cap hit of $4 million. He has no goals and two assists in 23 games with the Blackhawks this season.

The Winnipeg Jets have two high profile players that will be UFA's at the end of the season, but will Andrew Ladd and/or Dustin Byfuglien have a future with the team beyond the end of the campaign?

"I don't believe they'll both be there after the deadline," an NHL executive told Bruce Garrioch of the Ottawa Sun.

Garrioch reports that there is talk of a six-year deal that was offered to Ladd before the season and that it could be worth enough to keep him with the team.  The hope that Byfuglien will stay with the team is not quite as high.

Rutherford reports that defenceman Kevin Shattenkirk has been available for the right price since last summer but that offer has yet to arrive.

With Tampa Bay Lightning forward Jonathan Drouin in the AHL since going public with trade demands, the Blues and Lightning have been heavily scouting each other for months.

“It’s easier to trade when you know what you have,” Armstrong told the Post-Dispatch. “Right now it’s very difficult to tell with six and seven guys out, what you need, because you’re just treading water. I’m going to let the team evolve when it gets back. Hopefully we just get down to maybe just one or two guys out a few weeks before the trade deadline, so we’ll have a good look.”