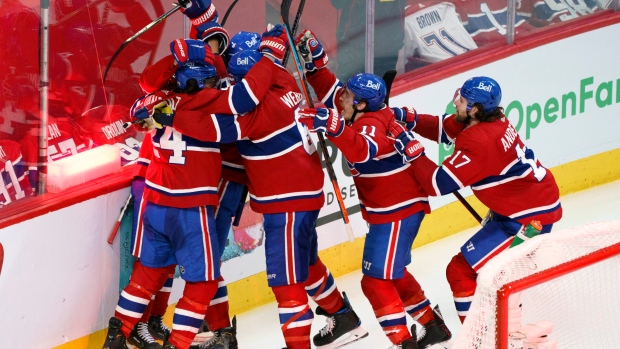 In the hours since Montreal completed their upset of the Vegas Golden Knights, I’ve spent some time considering what the broader takeaways for the rest of the National Hockey League should be.

It’s difficult to not fixate on how Montreal’s impressive defensive structure neutralized two of the game’s biggest stars at even strength, slowing down Toronto’s Auston Matthews in the first round, and rendering Vegas’ Mark Stone a total non-factor in the third round.

Matthews and Stone could not be more different players when it comes to skills and core attributes, yet the Canadiens were able to structure their off-puck play to neutralize them.

But the more I think about it, the more I come back to the penalty kill. What the Canadiens have done short-handed this postseason has been historically impressive.

It’s been a mix of Phillip Danault, Joel Armia, Paul Byron, and Artturi Lehkonen up front, backed by the likes of Shea Weber, Ben Chiarot, and Joel Edmundson. Their penalty-kill units have conceded just three power-play goals over the course of the playoffs. They have also scored three goals short-handed, which means their net goal differential down a man is at zero. 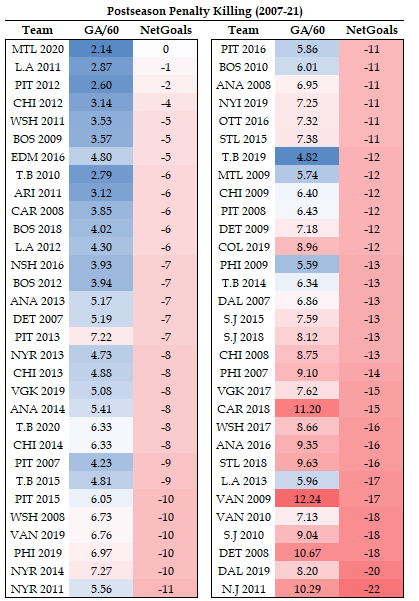 This is the best penalty-killing unit we have seen in the postseason in the Real-Time Scoring System era (2007-21), with perhaps the only comparable being the 2011-12 Los Angeles Kings. You may remember those Kings as the team that rampaged through the Western Conference as the eighth seed, topping it off by drafting the New Jersey Devils for the Stanley Cup in six games.

A great penalty kill does three things. First, it dictates the pace of play. That’s awfully difficult to do down a man, but creating counterattacking opportunities and slowing the speed of the opposition always contribute positively here. The Canadiens – much like the Kings en route to their Stanley Cup – have accomplished both in spades.

The second is the ability to protect the net front. The reality of playing down a man is the other team is going to get opportunities to score, and this deep into the postseason, you are squaring off against some of the best offensive talent the league has to offer. Forcing shooters to the perimeter and north to the blueline is always desirable. That’s all Montreal has done this postseason.

If you look at Vegas’ shot profile on the power play over the six-game series it’s not hard to understand why the Golden Knights failed to score a single goal. Look at where the shots were coming from (via HockeyViz). 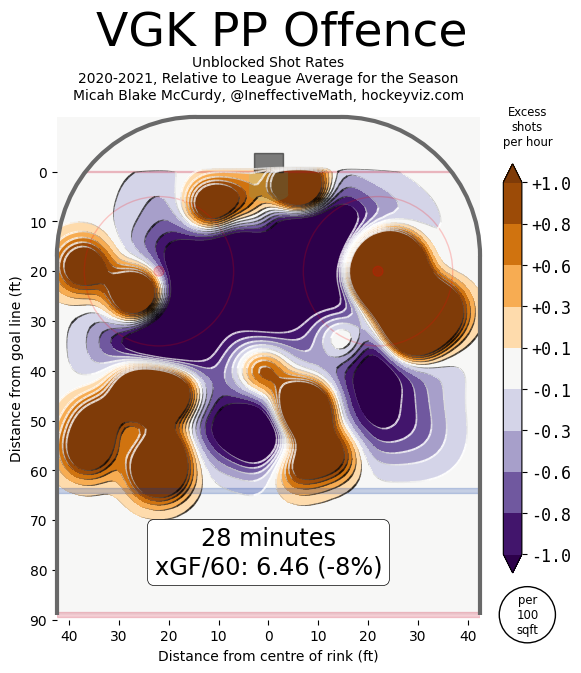 Lastly, and perhaps the most important component of all, you can’t have an elite penalty kill without top-level goaltending, and the Canadiens have realized that in spades with Carey Price.

It has been fascinating to watch him this postseason – in part because it’s not the same Price we’ve seen over the past few regular seasons, and in part because he looks so unbeatable right now that you start to measure him against other goalies who were historically great at this time of the year.

One of the best playoff performances we have seen from a goaltender came courtesy Jonathan Quick, goaltender of those same Cup-winning Kings of 2011-12.

Everything is working for the Canadiens right now. But near the top of the list for why the Habs are four wins away from the Stanley Cup is an indomitable penalty kill.

It’s a penalty kill they may sorely need, depending on their next opponent.