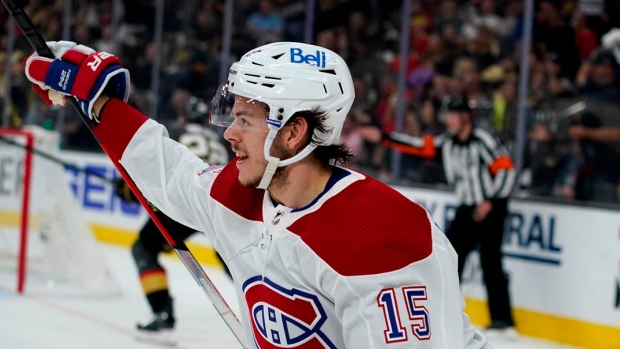 The Carolina Hurricanes fired a shot across the 49th parallel on Saturday, signing Montreal Canadiens centre Jesperi Kotkaniemi to an offer sheet.

The offer sheet is quite significant in terms of compensation: on top of a first- and third-round draft pick, the Hurricanes will have to pay the 21-year-old Finn $6.1-million next season should the Habs choose not to match.

There has been ample debate over whether the Canadiens should match or decline and accept the compensation. I think this debate is quite nuanced and there is merit to both sides. But do not let amusing press releases and $20 signing bonuses serve as the basis for why you think this is merely a front office acting spiteful. This isn’t a revenge story; it's simply how offer sheets work.

One of the fallacies here is that people are viewing the offer sheet through the wrong prism. This is not a straight trade for a restricted free agent. It is also not a signing of a player in unrestricted free agency. There are specific rules governing offer sheets and compensation, and for them to be useful they must be used in a way that (a) makes sense for the signing team; and (b) makes it difficult for the counterparty to match.

Consider the case of Kotkaniemi. He was the third-overall pick in the 2018 draft and has proven to be an exceptionally useful defensive forward. On the other hand, Kotkaniemi’s offence has been missing in action. His 31 goals in 200 games puts him in fourth-line territory. Ultimately, there is still a wide range of developmental outcomes for the player.

In many ways, this is a reverse of what unrestricted free agency has become, where general managers pile in and outbid one another for older players, looking to cash in on how productive they were in their early 20s. The reality is Carolina signed Kotkaniemi to that one-year contract for two reasons: they had the space, and they think there is upside to the player worth what they are giving up.

I have long argued that for offer sheets (or dual offer sheets in an even more predatory sense) to be effective, they need to be deployed on second- and third-tier players. It’s a little bit backwards, but the compensation packages for true NHL stars are quite punitive; similarly, players at the low end of the scale can either be found elsewhere around the league or internally. 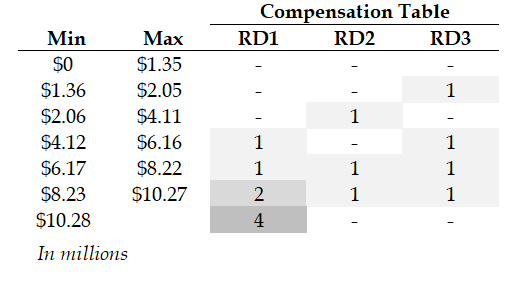 A common refrain is that Kotkaniemi can’t be worth $6.1-million dollars off his offensive output alone, and I don’t know anyone who would argue that, including the Hurricanes. But remember, this is more about the future value of the player than the current (or past) value of a player, a very different animal than the free-agent signings we are accustomed to.

Carolina also needs to be able to offer something that would force Montreal to consider walking. To that end, there are three options:

- Carolina could have tendered an offer sheet more realistically tied to Kotkaniemi’s current value and in a lower range. Considering the Canadiens depth down the middle and how much they like the youngster, it’s impossible to imagine them not matching here.

- Carolina could have tendered an offer sheet at less average annual value but still within the current compensation range. That’s perfectly reasonable, but the entire point of putting it at the top of the range is to force Montreal out of cap compliance.

- Carolina could have tendered an offer sheet at a higher average annual value but that’s in the next compensation range, which includes an additional second-round pick.

The entire point of offer sheets, if used correctly, is to target talented young players and to buy them before the upside is realized.

Consider this offer sheet against a theoretical one for Vancouver restricted free-agent forward Elias Pettersson. The Canucks’ cap situation is dire, but teams must swallow the reality of offering a mega-contract and at least four picks. In the top range ($10.3 million and up), those four picks are all in the first round. They also have to manage this in a flat-cap era where cap space is nearly impossible to come by.

An even better example might be Hurricanes centre Sebastian Aho, the player at the centre of the first drama between these two teams. Marc Bergevin’s 2019 offer sheet for Aho failed because it simply wasn’t punitive enough for Carolina to consider walking. A five-year, $42-million contract for a first-line forward entering his prime is a contract most general managers want on the books, one well within current and future market value.

Aho has been a point-per-game player for three seasons now and worth every penny of the deal that Montreal initially signed him to.

For this to work, Carolina needs Kotkaniemi to be a more productive player. In his first three seasons, Kotkaniemi has been a bottom-six calibre forward with notable defensive upside: 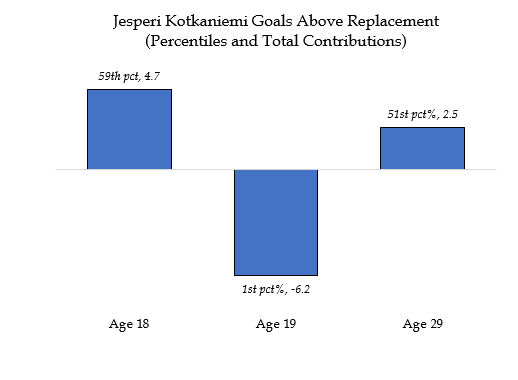 The Hurricanes know this offer sheet has risk. First- and third-round picks are not inconsequential. And the high salary in year one – though it’s easily fit into this year’s lineup – will make subsequent contractual negotiations more difficult. But the entire reason why Carolina is making this bet is the same reason this is so difficult a decision for Montreal: the Canadiens are, of course, concerned that Kotkaniemi could be a quality top-six option in short order.

The reason why this decision is so difficult for Montreal is because Carolina had to make it that way, full stop. The Hurricanes want Kotkaniemi and think he’s better than he’s shown in Montreal. The Canadiens want to keep the Finn just the same but have an opportunity to be risk averse on a player who has shown limited offensive upside.

If offer sheets are ever to become a part of normal hockey business, this is what they will look like. Overpays betting on a young player’s upside against teams who either are cash poor, cap-strapped, or both.