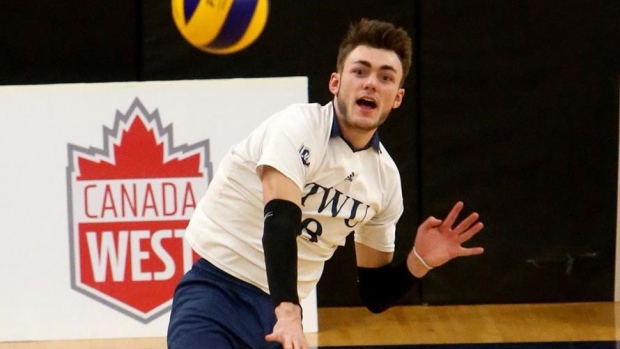 His recruiting approach is working nicely. Trinity Western University, a faith-based school of some 5,000 in Langley, B.C, 45 minutes from downtown Vancouver, has won six U Sports men's volleyball titles since 2006 and is going after No. 7.

Trinity Western (20-2) hosts No. 2 Alberta (18-4) in the Canada West men's final Saturday. The two teams split the matches when they met twice back in October.

Whatever happens, both teams will be in the U Sports championship March 13-15 in Winnipeg. Canada West has two berths, plus host Manitoba.

Trinity Western's women's volleyball team (22-2) is also ranked No. 1 and occupies top spot in the Canada West standings. National champions in 2015, the women also host No. 4 Alberta (18-6) Saturday as they look to defend their Canada West title.

The women have won their conference three of the last five years.

So what is the secret to the Spartans' success?

"I get that question a lot and I don't think it's a tricky answer," said Josephson. "The reality is we recruit incredibly talented people. Obviously we're a faith-based school so we have access to kids across the country because we have a very specific type of school environment."

Not every student or athlete comes to TWU because of its focus on faith. But Josephson says the school's core values create a unique environment in the gym.

""It's not for everybody ... But when you find our kind of guys who are good at volleyball and kind of fit the way we want to train, the way we want to play, it just creates a really neat environment where the kids can have a lot of fun," he said. "They're training like crazy but they just think they're having a good time with their best friends.

"I think that's kind of the key to learning. If you're in an environment that you enjoy being in, you're open to what's available. Our athletes engage in the learning process extremely well. And then obviously they're freaky talented athletes as well. I think it's that combination of culture, learning and athleticism that has created groups that are really well-rounded and well-skilled."

Success also breeds success. Athletes are drawn to a program with a winning resume. Even if they've never set foot in a church.

"People who are good people, whether they're rooted in biblical background or not — I think good principles are good principles. That's part of being an OKG. I mean you can't be our kind of guys if you're a jerk," said Josephson. "Whether or not you grew up in a church, if you're a really good person you're going to believe in a lot of the values that our team is about.

"And whether you have a faith in Jesus or not, I don't think that changes your ability to buy into our culture."

Eight current Trinity Western players have represented Canada at one level or another. Star Eric Loeppky of Steinbach, Man., Canada West player of the year, and Saskatoon's Derek Epp have played for Canada's senior squad.

Loeppky, a six-foot-five outside hitter, is expected to turn pro after this season. Josephson says he has great tools and plays at a consistently high level.

"I think when we were recruiting him, somebody said he's a once-in-a-generation player and I believe that."

Josephson believes the 21-year-old Loeppky is in the mix for the Tokyo Olympic team — albeit against tough competition. Off the court, he calls Loeppky humble and easy-going.

"Time will tell. In two weeks time we'll know if this team can actually match up with that," said Josephson. "But player for player, this group is very comparable."

Given the program's history, there is plenty of pressure to succeed. Opponents raise their games against the Spartans.

"It absolutely can be a weight but the way we try to phrase it is pressure's a privilege," said Josephson. "Most of these athletes came to Trinity Western to have a chance to win these championships. If you want to be a part of a championship team you have to deal with championship expectations.

"If we frame it right in our minds, it only drives us to be better every practice."

Josephson, 40, has been present for all of Trinity Western's titles.

Josephson, who has a human kinetics degree from Trinity Western and certificate in biblical studies from Covenant Bible College in Strathmore, Alta., also serves as an assistant coach with Canada's senior women’s team.

It's been a long season for the Spartan men, who are 33-6 in all competitions since opening training camp Aug. 21.

In December, they went 3-0 against UCLA, Long Beach State and Lewis University at the Can Am Volleyball Showcase in Toronto. The Long Beach game was a matchup of the defending NCAA and U Sports champions. Long Beach was ranked fourth in the NCAA at the time while UCLA was No. 2 and Lewis No. 6.

"We believe that our university product in Canada is on-par with the American product," said Josephson. "It was nice to have those matches to kind of prove that."

While the Spartans have an American joining the program next year, Josephson usually recruits Canadians.

"I really don't like the idea of training up another nation's players," said Josephson. "We want to train Spartans and we want them to go play for Canada."