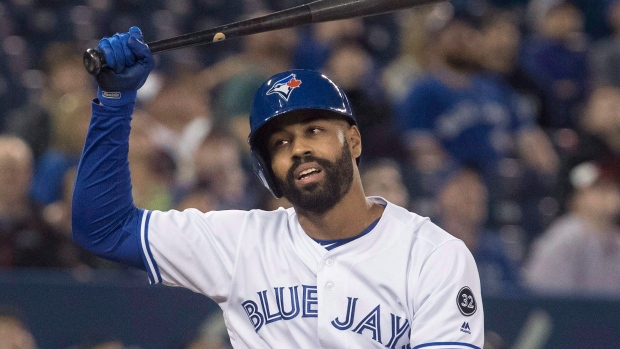 Three former Toronto Blue Jays were among the cuts made to minor-league rosters in the last several days by the Arizona Diamondbacks.

Among those cut loose by the team were outfielders Dalton Pompey and Travis Snider, as well as veteran hurler Edwin Jackson.

We will have the full MiLB transactions list at Baseball America hopefully early next week, but have some info. The D-Backs have recently released 37 players.

Pompey, 27, looked to be part of the Blue Jays' outfield for the foreseeable future until a series of injuries derailed his career.

Pompey incurred a concussion representing Canada at the 2017 World Baseball Classic and did not play in the majors that season, appearing in only 13 games in the minors.

Playing only five games for the Jays in 2018, Pompey was designated for assignment midway through the 2019 season, another campaign riddled with injuries.

He had signed with the Diamondbacks this past winter.

Snider, 32, spent parts of five seasons with the Jays from 2008 to 2012 before a trade to the Pittsburgh Pirates. He last appeared in the majors with the Pirates in 2015, spending the past four seasons in the systems of a number of clubs including the Kansas City Royals and New York Mets.

The native of Kirkland, WA has appeared in 630 career MLB games.

The well-traveled Jackson, 36, appeared in eight games for the Jays last season, starting five of them. He went 1-5 with an 11.12 earned run average and 2.188 WHIP over 28.1 innings pitched. Released by the Jays in July, Jackson signed with the Detroit Tigers and was called up to the big club in August where he made eight starts, going 2-5 with an 8.47 ERA and WHIP of 1.907 in 39.1 IP.

The Diamondbacks made more than 60 releases in total.