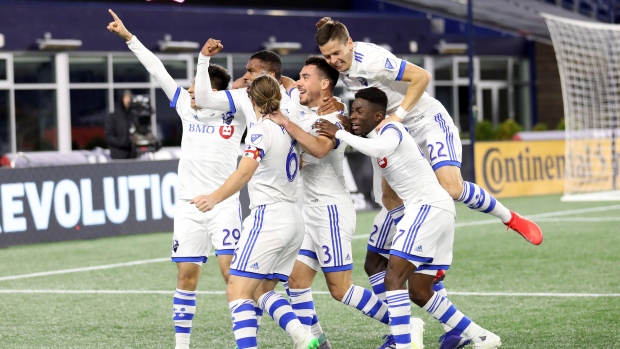 Montreal (4-3-2) ended a three-match scoreless stretch on the road. New England (2-6-1) has lost three of its last five games.

Shome opened the scoring in the 79th minute by knocking home a rebound after goalkeeper Cody Cropper lost control of Daniel Lovitz's free kick. Jackson-Hamel redirected Lovitz's cross 14 minutes after entering as a second-half substitute for his first goal of the season.

In second-half stoppage time, Jackson-Hamel cut back his defender on a breakaway and rolled it through his legs for a goal inside the far post.

Cropper denied Maximiliano Urruti's free kick in the 42nd minute for his fifth save in the first half. Cropper finished with six saves.