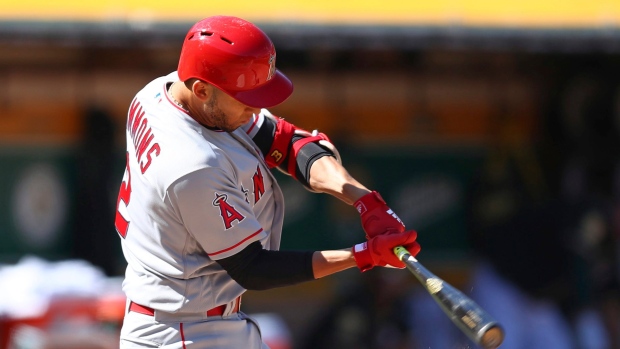 The Major League Baseball trade deadline is set for Monday at 4pm ET and with 16 teams making the playoffs this season, there are lots of buyers in the market.  Follow along with TSN.ca's MLB Trade Rumours Blog.

The Toronto Blue Jays have checked in on the availability of Los Angeles Angels infielder Andrelton Simmons, according to a report by Jon Morosi of MLB Network.

Source: #BlueJays have checked with #Angels on Andrelton Simmons, who is a free agent after this year. Toronto needs short-term help on infield with Bo Bichette on IL. Simmons, who doesn’t have a no-trade clause, is a highly respected veteran in @MLB. @MLBNetwork

Simmons will be a free agent at the end of the season.

In the report, Morosi also points out that Angels' Jason Castro (C), Brian Goodwin (OF) and Dylan Bundy (P) are also fits for the Jays, who currently hold the eighth and final playoff spot in the American League.

The Chicago White Sox are looking to add pitching ahead of Monday's deadline and according to Jon Heyman of MLB Network, they have talked about two in particular, Lance Lynn of the Texas Rangers and Robbie Ray of the Arizona Diamondbacks.

White Sox have talked about Lance Lynn and Robbie Ray. Lynn obviously has high price tag. Expect them to add pitching. South Siders tied for 1st and going for it.

The White Sox are currently tied for first in the American League Central with both Cleveland and the Minnesota Twins as they try to grab one of the eight playoff spots available this season.

Cleveland is listening to offers on Mike Clevinger, but the price is expected to be high, according to a report by Robert Murray.

The 29-year-old was demoted by Cleveland earlier in the season for breaking COVID-19 protocols.

Braves, White Sox in on Bundy

Sources: #Braves and #WhiteSox are among the teams with interest in #Angels RHP Dylan Bundy. @MLBNetwork @MLB

Bundy has a 3-2 record with a 2.58 ERA this season for the Angels.  Once a highly touted prospect, Bundy was selected with the fourth overall pick of the 2011 MLB Draft by the Baltimore Orioles.  He is in his first season as a member of the Angels.

Veteran reliever Greg Holland is drawing trade interest, according to a report by Jon Heyman of MLB Network.

Holland is 2-0 with a 3.38 ERA for the Royals.  The veteran is in his second stint with the team and has also appeared for the Arizona Diamondbacks, Washington Nationals, St. Louis Cardinals and Colorado Rockies.

Earlier on Saturday, Rosenthal was acquired by the San Diego Padres.