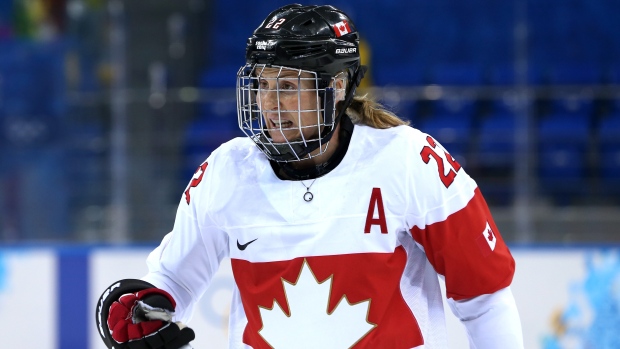 The #WomensWorlds touch down in Kamloops, B.C. where Canada’s National Women’s Team looks to capture gold at the 2016 IIHF WOMEN’S WORLD CHAMPIONSHIP – one of 60+ iconic championships that live on TSN. Running March 28 to April 4, TSN delivers more coverage of the tournament than ever before, with complete live coverage of Team Canada’s round robin games and every playoff game on TSN platforms.

Led by Hayley Wickenheiser and Marie-Philip Poulin, Team Canada opens up the tournament with a showdown against their rivals USA on Monday, March 28 at 10:30 p.m. ET on TSN.

TSN Radio stations across Canada – including TSN 1410 in Vancouver, TSN 690 in Montréal, TSN 1290 in Winnipeg, TSN 1260 in Edmonton, and TSN 1150 in Hamilton – along with Radio NL (AM 610) in Kamloops deliver live coverage of select games from the 2016 IIHF WOMEN’S WORLD CHAMPIONSHIP (see below for TSN Radio’s broadcast schedule). TSN 1040’s Blake Price is on play-by-play alongside game analyst MacLeod. TSN Radio’s coverage can also be live streamed on each station’s website and on the TSN GO app.

As part of the 2016 IIHF WOMEN’S WORLD CHAMPIONSHIP, Hockey Canada celebrates the gold medal-winning teams of 1999, 2000, 2001, and 2004. Numerous members of Team Canada’s Gold and Silver medal Olympic and IIHF WOMEN’S WORLD CHAMPIONSHIP teams will be in attendance, including Canadian hockey legends Cassie Campbell, Geraldine Heaney, Jayna Hefford, Danielle Goyette, and many more. They will be honoured along with their teammates during the first intermission of Canada’s game against Finland on Thursday, March 31 at 10:30 p.m. ET on TSN.