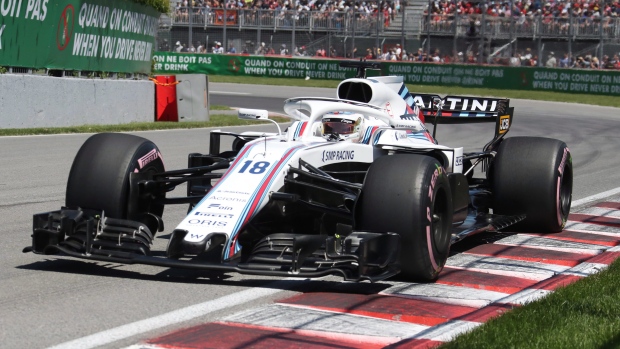 TORONTO (February 11, 2019) – TSN announced today it will deliver live coverage of the highly anticipated Racing Point F1 team launch – the first FORMULA 1™ team launch to ever take place in Canada. The FORMULA 1™ Launch Special airs Wednesday, Feb. 13 at 10 a.m. ET, and will be streamed internationally on TSN.ca and the TSN App. Live coverage will also be broadcast in the U.K. on Sky Sports F1 channel.

FORMULA 1™ drivers Lance Stroll (Canada) and Sergio Perez (Mexico) will be live in Toronto to reveal the team’s official car for the 2019 season along with the new team identity. Sky Sports F1 broadcaster David Croft hosts the live broadcast, which is a special pre-show event at the Canadian International AutoShow in Toronto.

“We’re thrilled to work with the Racing Point team and the Canadian International AutoShow to bring this historic team launch to racing fans around the world,” said Shawn Redmond, Vice-President, Discovery and TSN. “Showcasing the team and Canada’s own rising F1 star Lance Stroll is a wonderful way to drop the flag on the 2019 FORMULA 1™ season on TSN.”

The Racing Point F1 car will be on display to the general public throughout the 2019 Canadian International AutoShow, taking place Feb. 15-24 at the Metro Toronto Convention Centre. For tickets and show information, fans can visit autoshow.ca.

TSN’s live coverage of the 2019 FORMULA 1™ season begins with the ROLEX AUSTRALIA GRAND PRIX on March 14.