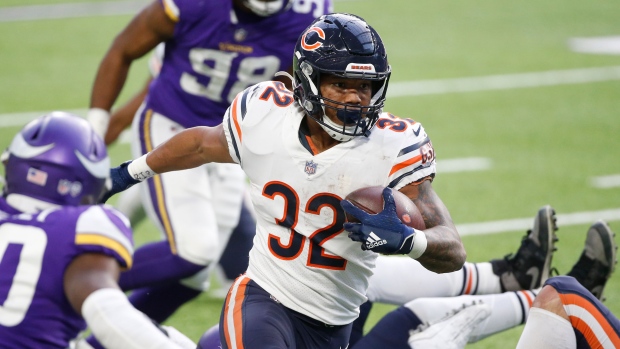 As we did last season, the team at TSN Edge will preview each NFL division before the Tampa Bay Buccaneers and Dallas Cowboys kick off the 2021 season on Thursday night.

This year, we’re going to look at the Super Bowl and divisional odds for all 32 teams, and dive into one storyline that we’re keeping an eye on.

In this NFC North preview, we’ll look at Green Bay being poised to hit the over for their win total, Kirk Cousins’ passing and David Montgomery’s rushing props, and why this could be yet another long season for Detroit Lions fans.

Coming off of back-to-back 13-win seasons, Aaron Rodgers and the Green Bay Packers are back for potentially one last kick at the can in 2021. We all saw the level of play that Rodgers still has in him after he won league MVP last year at the age of 37. This season, Rodgers and his supporting cast is back on offence to continue right where they left off, and the defence, which allowed just 329.9 yards per game in 2020, could play a big role in hitting this over. Green Bay has a challenging schedule this year with early-season meetings against New Orleans and San Francisco, and they will take on Kansas City, Seattle and the Los Angeles Rams in the month of November. In December they will deal with the Baltimore Ravens and Cleveland Browns. And yet, if they can find a way to go 4-3 in those seven games, they should have no problem finding their way to at least 11 wins. It’s hard to imagine this Packers team taking a major step back this season and going 10-7, I like over 10.5 wins for this squad.

Kirk Cousins has become quite the consistent quarterback in this league. Cousins has passed for at least 4,051 yards in five of his last six seasons. The passing game in Minnesota didn’t skip a beat in 2020, despite the loss of star wideout Stefon Diggs, thanks largely in part to the play of rookie wide receiver Justin Jefferson. The 21-year-old made his impact immediately, catching 88 passes for 1,400 yards and seven touchdowns. Alongside Jefferson, Adam Thielen, after missing a large part of 2019 with injuries, was back in 2020 and raked in 74 receptions for 925 yards. The two combined for 54 per cent of the yards Cousins picked up in the air last season, and I don’t see why that would change this year. The threat of Delvin Cook running all over teams has been a blessing for the pass game, and I expect Cousins to once again take full advantage of that this season and go over the number of 4,050.5.

After a slow start to his career in 2019, David Montgomery has established himself as the No. 1 running back in Chicago. In 2020, Montgomery had at least 10 rushing attempts in all 15 games he played in and averaged 16.4 attempts per game. In those 15 games he ran for 1,070 yards, and added eight touchdowns. Montgomery’s value increased last season after fellow running back Tarik Cohen was lost for the season after just three games, and although Cohen will be back at some point this season, he has already been placed on the PUP list meaning he will miss at least the first six weeks. Last season, in the three games Cohen was active, Montgomery still managed 43 rushing attempts and averaged 4.44 yards per carry in those games. Cohen, on the other hand, has averaged just 4.1 carries per game going back to 2019. Montgomery should play a big factor in this offence with the quarterback position being such a question mark. Look out for him to eclipse the 1,000-yard mark once again on his way to cashing this prop.

I’m going to keep this short and simple. Detroit has won just eight games over the last two seasons. This year, they have massively downgraded at quarterback, lost their best weapon at wide receiver, have brought in another new head coach, and haven’t improved the defence enough after being one of the worst in the league last season. All three teams in this division know they have to sweep their season series with the Lions in order to keep pace, and they have meetings with the 49ers, Rams, Steelers, Browns, Cardinals and Seahawks to boot. Detroit’s mistake came when they fired Jim Caldwell after he went 36-28 from 2014-2017. Since then the team is 14-33-1 and I see no reason why things would start to get back on track this season. The Lions are also +175 to be the last winless team in the league, and have the second shortest odds (trailing Houston +200) at +400 to have the worst record this season.