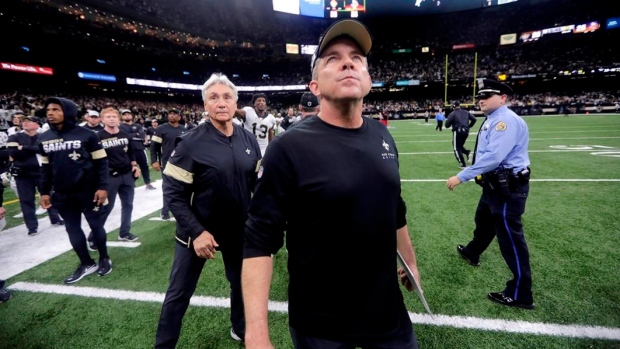 In this NFC South preview we’ll dive into taking the over for Tampa Bay’s win total, Sean Payton’s Coach of the Year chances, and a few player props for Mike Davis in Atlanta, and Sam Darnold in Carolina.

The Tampa Bay Buccaneers were a completely different team following their Week 13 bye last season. After opening the season 7-5, and scoring 30 or more points just five times in their opening 12 games, the Buccaneers finished the season on an eight-game winning streak, averaging 33.8 points per game. Their run in the playoffs included three wins on the road, and a path that included defeating three former MVPs en route to the franchise’s first Super Bowl since 2002. So why does all of this matter. Well, the Bucs are running it back. Literally. Tampa Bay is the only team in the salary-cap era, which started in 1994, to return all 22 starters from a Super Bowl winning roster and the first team to do it since 1977. One top of this, the Bucs didn't win the division last year and get the added benefit of playing a second-place schedule. Meaning while the New Orleans Saints take on Aaron Rodgers and the Green Bay Packers, Brady and his Bucs will play the Chicago Bears. Nice to see Tom catch a break for once. Brady-led teams have gone a combined 70-26 the year after winning a Super Bowl. All this man does is win football games, take the over.

I’ll be honest with you. I’ve had this Sean Payton Coach of the Year prop circled for a few weeks. When I think about an award like this, narratives come to mind. The Saints have made the playoffs four straight seasons, but they did so with a future hall of famer at quarterback. With Drew Brees now out of town, and Jameis Winston now named the starter, the story seems to write itself. Winston, behind a stellar offensive line, coupled with an elite running game, helps guide the Saints back to the playoffs as the franchise begins life after Brees. We have also seen Payton’s ability to win games without Brees in recent years. The Saints went 8-1 over the last two seasons when Brees missed time due to injury. If they win at any clip similar to that this season, the award is his to lose. I would also be remissed if I didn’t mention the non-football factors playing a role in the Saints day-to-day operations at the moment. New Orleans’ Week 1 home game has been moved to Jacksonville due to the devastating aftermath of Hurricane Ida. With so much unknown about the Saints, and where they will practice / play at the start of the season, it’s not crazy to imagine Payton getting a lot of love from media and voters if he is able to keep this team on track at the start of the season and lead them once again to the playoffs. At +2200 you could definitely do worse than backing one of the better coaches in the league with a talented roster to win coach of the year.

Quick, take a guess. Mike Davis has been in the NFL since 2015, and he’s played in 62 games. How many yards has he rushed for? Did you guess 1,531? Well, congrats, you’re right. Davis, 28, has his first legit opportunity to be a starting running back in this league, and I just can’t get myself to believe in him. The running back started 12 games last season with Carolina as Christian McCaffrey dealt with injuries for most of the season. He failed to top 90 rushing yards once. His best game came in Week 5, ironically enough against Atlanta, when he ran for 89 yards on 16 carries. As the season went on, his production dropped as he averaged just 48 rushing yards per game from Weeks 10-15. Sure, Arthur Smith (former Tennessee Titans offensive coordinator) is now the head coach and probably wants to establish a run game, but Mike Davis isn’t Derrick Henry and the Falcons still possess many weapons in the passing game that will take away touches from their running backs. Let’s not lose sleep this season because we took the over on a Mike Davis rushing prop, I’ll lean under on this.

Sometimes all you need is a change of scenery. I believe Sam Darnold could be a good example of that this season. The former New York Jets quarterback struggled mightily last season, passing for just 2,208 yards in 12 games. He set career lows in almost every major category, pass attempts, completions, yards and touchdowns. Now, he finds himself with second-year coach Matt Rhule and offensive coordinator Joe Brady as they try to unlock the potential New York saw when they used the third pick of the 2018 NFL draft on Darnold. Looking at last season, QB Teddy Bridgewater set a career-high in Carolina, passing for 3,733 yards in 15 games, while backup P.J. Walker passed for 258 yards in his lone start. The point is, passing opportunities are going to be there for Darnold this season. If he stays healthy and starts all 17 games, he’ll need to average 226.5 yards per game this season to hit the over. Last year, Panthers’ QBs tossed for more than 226 yards 10 times. When you look at his weapons (McCaffrey, DJ Moore and Robby Anderson) it’s entirely possible that Darnold gets things back on track this season and settles into his role as the QB1 in Carolina and fly’s past the number of 3,850.5.