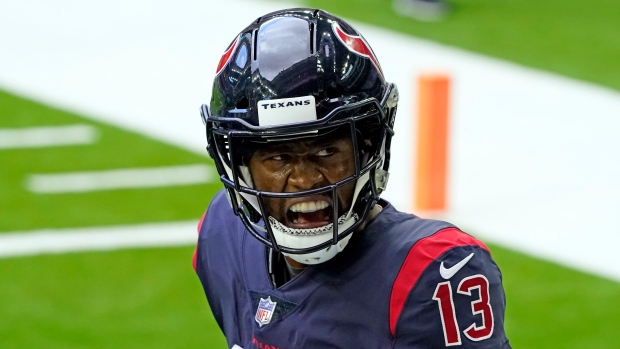 Can you believe it’s already Week 3 of the NFL season?

The first two weeks of the 2021 season have been filled with a lot of drama.

We have been treated to two barnburners on Thursday nights to start the season, and hopefully the Carolina Panthers and Houston Texans will keep that trend going.

It’s been a perfect 2-0 start to the season for Sam Darnold and the Panthers. After opening the season with a win over the New York Jets, the Panthers blew past the New Orleans Saints 26-7 in Week 2.

Meanwhile, after entering the season with very low expectations, Houston opened up their schedule with a Week 1 win over Jacksonville. But they fell to 1-1 after a loss to the Cleveland Browns on Sunday in a game that saw quarterback Tyrod Taylor leave with an injury that will have him sidelined in Week 3.

What a start to the season it has been for the Carolina Panthers.

Two games into the 17-game season, their formula for success hasn’t been too complicated.

Force turnovers and limit teams to less than 15 points.

In Week 1, the Panthers held the New York Jets to 14 points, and they followed it up in Week 2 by forcing two turnovers and holding the Saints to just seven points.

On offence, despite two interceptions in two games, Sam Darnold has managed to pass for at least 270 yards in both weeks and has shown good chemistry with his top weapons.

Darnold has completed 50 passes with Carolina and 28 of those have been to either Christian McCaffrey or D.J. Moore.

McCaffrey has been electric to start the season and has already racked up 324 yards from scrimmage after two games.

The running back enters this primetime matchup with an over / under of 84.5 rushing and 50.5 receiving yards.

He is also a massive favourite to score a touchdown at -360, but you can get him at +260 to score the opening touchdown of the game, or nab him at +195 to find the endzone twice on Thursday.

It’s been a fantastic start to the season for one Texans’ skilled position player, and that man is Brandin Cooks.

The wideout opened his season catching five passes for 132 yards against Jacksonville and followed that up in Week 2 by being targeted 14 times.

Cooks hauled in nine of those passes for 78 yards and a touchdown.

Houston’s passing game was dealt a blow in the third quarter when Tyrod Taylor was injured, forcing rookie QB Davis Mills into the spotlight.

The rookie finished the game 8-18 with 102 yards, one touchdown and one interception.

One thing that seemed evident was how much Mills was willing to lean on his No. 1 option at wide receiver.

Mills targeted Cooks on eight of his 18 passing attempts, something that could repeat itself this week.

Due to the short turnaround, I fully expect to see Mills lean heavily on his first read – Cooks – for most of the night and target him a lot throughout the game.

Cooks has topped 75 receiving yards in both games this season and enters the game with an over / under of 67.5.

I like Cooks’ chances to go over on his recovering prop for the third-straight game.

Carolina opened as a seven-and-a-half point favourite and that is where the line remains.

The Panthers were one of the better teams in the league against the spread last season, going 9-7 and they covered in their lone game as a road favourite.

Meanwhile, the Texans struggled ATS in 2020, going 6-10, but, just like the Panthers, they are 2-0 against the number to start the season.

The total has fallen under the number in both Panthers’ games this season, while the over has hit in both Texans’ games.