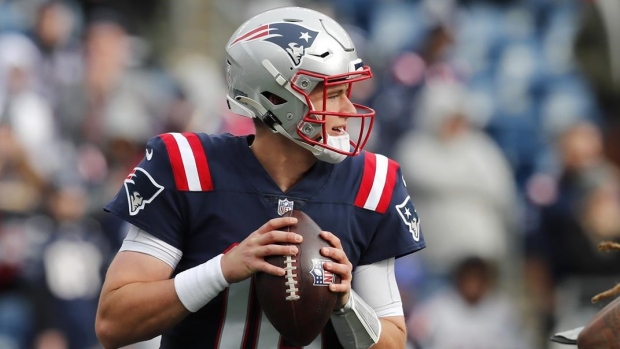 Week 11 of the NFL regular season has arrived. Where has the time gone?

We have an intriguing matchup this week as the suddenly surging 6-4 New England Patriots travel to Atlanta to take on the 4-5 Falcons.

We have a meeting of two teams coming off of completely opposite results in Week 10.

New England made a big statement on Sunday with their 45-7 win over the Cleveland Browns, while the Falcons were dusted 43-3 by the Dallas Cowboys.

Nothing in this league makes sense anymore.

Over the last four weeks, we have seen seven teams win as underdogs of seven-or-more points.

Can the Patriots stay hot and roll past another team en route to their fifth-straight win, or is seven points too many for a rookie quarterback to lay on the road in primetime?

It’s with a heavy heart that I announce the New England Patriots might be good again.

Yup, that’s right, after 20 years of dominance it appears Bill Belichick and his staff have whipped this team into shape after one down year.

The play at quarterback has been a reason why.

Mac Jones, selected with the 15th pick at this year’s NFL Draft, has been very efficient during this winning streak.

The 23-year-old opened the season with six interceptions in six games, but since then has been picked off just once since Week 7 and has completed 65.18 per cent of his passes with six touchdowns.

Jones is -140 to not throw an interception tonight, and I’ll be taking that.

Wide receiver Jakobi Meyers leads the team with his 7.6 targets and 5.0 receptions per game.

However, after recording 27 catches through the opening four weeks of the season, Meyers has logged just 23 in his last six games.

The wideout enters Thursday night with an over / under of 4.5 catches and has only caught five-or-more passes in a game twice since Week 5.

Meanwhile, New England’s defence has been a force this season.

The team has allowed just the second-fewest points in the league, the sixth-fewest yards and their 14 interceptions recorded ranked third.

New England has allowed 13 points over their last two games and have allowed just 12.5 points per game during their four-game win streak.

How do you expect me to figure out the Atlanta Falcons?

Two weeks ago, this team kicked a game-winning field goal as time expired to pick up a big divisional win, their third victory in four games and claw their way back to .500.

And then, just like that, poof – good feelings gone.

The Falcons got hammered on Sunday, and trailed by 33 points at halftime in Dallas as they lost 43-3 in their worst game of the season.

But now they shift their focus to New England on a short week.

The Falcons have struggled to score the ball this season, averaging just 19.8 points per game.

They enter this game with an over / under of 20.5 points.

The team will once again be without wide receiver Calvin Ridley as he will miss his fourth consecutive game to focus on his mental well-being.

With Ridley not suiting up, all focus has shifted to tight end Kyle Pitts.

Pitts leads all players with his over / under set at 61.5 receiving yards and 5.5 receptions for Thursday night.

However, the rookie has struggled without Ridley, and has logged just nine catches for 135 yards over his last three games.

Tight ends are averaging just 2.9 receptions and 29.5 yards per game against New England this season.

New England enters this game as a seven-point favourite while they look to improve on their 6-4 record against the spread this season.

The Patriots have been favorites on this road three times this season and have covered in two of those games.

New England is 4-0 on the road this season, and have outscored their opponents 101-58.