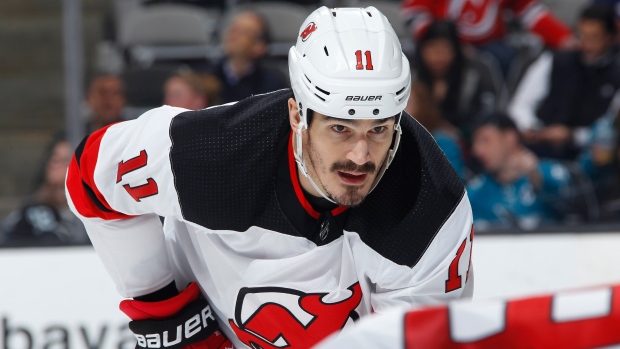 It appears Patrick Marleau may not be the only veteran to sign a contract in-season after going through the off-season without a deal.

According to TSN Hockey Insider Bob McKenzie, Brian Boyle is drawing interest from a number of teams and it could be only a matter of time before he's taken off the unrestricted free agent market.

"Another veteran who is technically unemployed is 34-year-old centre Brian Boyle. How long that remains the case remains to be seen," McKenzie said on Insider Trading. "There is significant interest in Boyle; he is talking to a number of teams. But one of those teams either needs to clear some cap space or clear a roster spot in order to sign him. But I would anticipate that there is a strong expectation that Boyle will be back in the NHL sooner rather than later.

"Lots of other veteran guys though on the outside looking in as far as jobs. You’ve got Dion Phaneuf, Andrew MacDonald and Griffin Reinhart on the blueline. You’ve got Jason Pominville, Tomas Vanek and Devonte Smith-Pelley up front amongst those who are NHL veterans with no jobs to be had right now."

The 34-year-old Boyle scored 18 goals and 24 points in 73 games this past season split between the New Jersey Devils and Nashville Predators.

Boyle was drafted in the first round (26th overall) by the Los Angeles Kings at the 2003 NHL Draft. He has had NHL stints with the Kings, New York Rangers, Tampa Bay Lightning, Toronto Maple Leafs, Devils and Predators. He was acquired by Nashville at the trade deadline in exchange for a 2019 second-round pick.

He was named to the NHL All-Star Game in 2018 and was awarded the Bill Masterton Memorial Trophy that same year after battling leukemia. He announced that he was in full molecular remission on Oct. 24, 2018.

He is coming off a two-year deal worth $5.1 million signed with the Devils as a free agent in 2017.