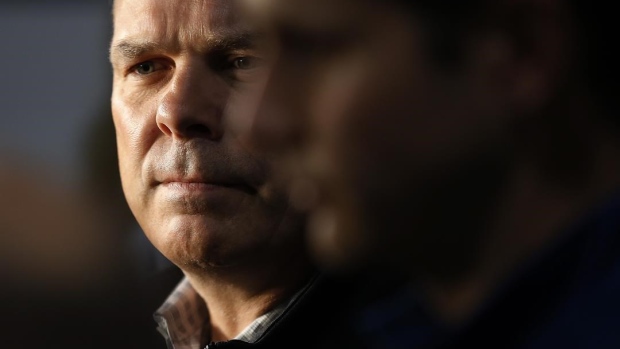 The biggest takeaways from what Kevin Cheveldayoff  and Mark Chipman had to say during their media availability, how some owners have disapproved of how Gary Bettman and the NHL handled the Kyle Beach situation, and what happens next for Donald Fehr and the NHLPA. James Duthie and the TSN Hockey Insiders Chris Johnston, Pierre LeBrun and Darren Dreger have more.

Much was said, finally, by Mark Chipman and Kevin Cheveldayoff, in Winnipeg, some of it emotional, particularly by Chipman. What is the biggest takeaway? 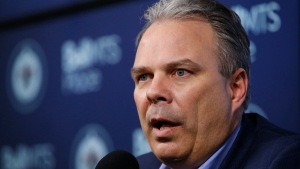 Chris Johnston: Probably the emotion was the obvious one for me, but also the fact that Chevy for the first time, really clarified some of what went on in that May 23rd meeting, the one with other members of Blackhawks management, and the coaching staff, all of whom no longer work in the NHL while he still does. He said specifically that he wasn’t aware at that time an abuse situation had taken place. He was under the impression, from what he heard in that one meeting he was a part of where it was discussed what happened with Kyle Beach and Brad Aldrich, that it was more of a harassment type situation perhaps something to do with inappropriate texts and some unwanted advances. He used that to explain as well, why he thought his bosses were going to do something about that. I think also, from Mark Chipman in this press conference, we heard what I think is the strongest, most declarative statement of anyone in a position of power in the NHL over the last week when he said: “I commit to you today that I will use my influence within the National Hockey League to acknowledge that there are systemic problems that require systemic solutions.”

Darren Dreger: Look, that’s a very important distinction here, Mark Chipman is a man of power, he’s on the executive committee of the NHL, so when he says that there will be systemic solutions, he will work tirelessly to make that so regardless of what opposition there may or may not be, again, among other NHL owners in the context of those conversations, as he said the NHL needs to get this right, he’s bought in 100 per cent.

This has been an awful, heartbreaking week, Mark Chipman used the word ‘horrific,’ and one of the many issues here is that the circumstances call for true empathy, and humanity and regret, and we saw some of that in Winnipeg today, but the league is run by lawyers who only know how to speak lawyer and perhaps they feel that is a necessity, but in this case it only makes things worse. There’s been considerable heat on Gary Bettman from the media. Do you have a sense on how the people that he works for feel about how he’s handled this? 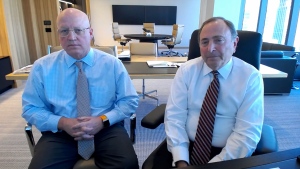 Darren Dreger: Well, it’s unlikely there’s going to be changes, you’re right, there are some who are calling for Bettman’s job as commissioner of the NHL, among the ownership sources I’ve talked to that seems unlikely. But I say that and I know that there’s also disapproval of how parts of how this case with Kyle Beach and the Chicago Blackhawks, have been handled. Some question Gary Bettman’s judgment on the $2 million sanction, the fine levied against the Chicago Blackhawks calling that too light. So what happens next? What’s likely to happen next is that Bettman either privately has communication, conference calls, with each individual owner, or perhaps more to the point they call a full ownership conference call with Bettman to discuss, they need answers.

Donald Fehr recommended an independent investigation be commenced by outside legal council to review the NHLPA’s response to the Kyle Beach matter, what is the status of the vote by players? 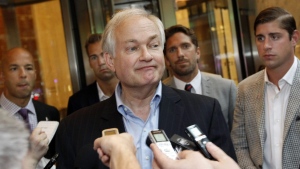 Pierre LeBrun: From one leader to another in the game right now, that vote is expected to wrap up at any moment frankly, they had up to 72 hours. It’s expected, I’m told, to be a yes vote. i.e. the player reps and the executive board want to have an independent investigation about what happened when Kyle Beach needed the help of the NHLPA, unanswered questions, and what it means, ultimately, for Don Fehr’s future as executive director. This kind of process takes probably a couple months, you have to hire outside council, some people would like Don Fehr to step down now, but it doesn’t sound like [that] will happen, that they’ll wait for the investigation to play out.

One of the most prominent members of the NHLPA has not been heard from on this matter. 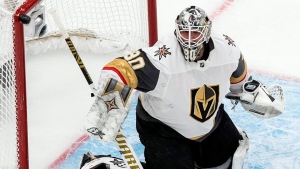 Chris Johnston: That would be Robin Lehner and he’s been in Toronto since Saturday afternoon with the Golden Knights. I was at a practice here on Monday at Scotiabank Arena where multiple requests were made to speak to Robin Lehner [but] he wasn’t made available, he didn’t speak again this morning and I think for me this really illustrates how difficult, at times, it can be to be an outspoken player in the NHL, just him not being made available to the media. But, he is due to speak after tonight’s game, at the podium and certainly I think there’s a lot of interest in what he has to say given what’s happened around the league in the last week, and you know with his prominent voice on mental health and difficult issues like the ones we’ve seen here of late.

A season rolls on through all of this, and Andrew Brunette has served as the Florida Panthers’ head coach since Joel Quenneville resigned. Does the hunt for a head coach continue? 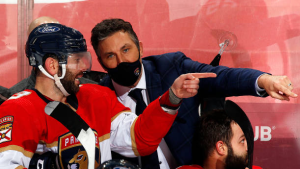 Pierre LeBrun: Well, it’s interesting because on the same night that Joel Quenneville announced, or the Panthers announced, his resignation, people had linked Florida to John Tortorella, perhaps because GM Bill Zeta of course worked with Tortorella in Columbus. The reality is, I’m told, the Florida Panthers have not reached out to any coaching candidates since Joel Quenneville resigned, for now, it’s Andrew Brunette. I’m told it’s actually a possibility he could be their coach the rest of the season, but that hasn’t been decided either, status quo for now.