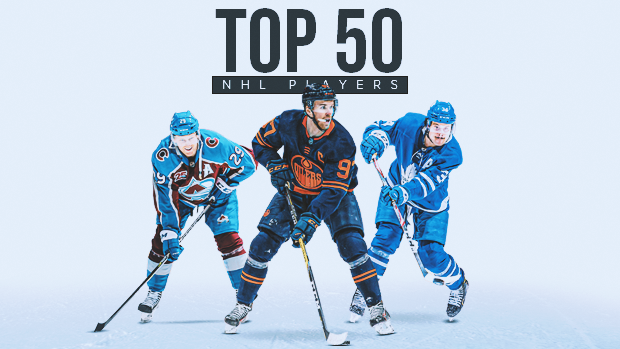 The Edmonton Oiler superstar ranks No. 1 in TSN’s annual pre-season poll for the fifth straight season and he is the undisputed best player in the world.

What else would you expect?

McDavid recorded a hat trick for the ages last season: he averaged the highest points per game in 25 years (1.88), set an all-time record for highest percentage of points on team goals (57.4 per cent) and was the second-ever unanimous MVP selection, collecting all 100 first-place votes.

We have said this before, but it bears repeating: McDavid is the most highly evolved player in hockey history.

Colorado centre Nathan MacKinnon finished No. 2 in polling for the second straight season. He is a regular-season sensation, but is in the history books on the basis of playoff production.

Rounding out the top 5 are:

No. 3: Auston Matthews: the Toronto centre became the first Leaf to lead the NHL in goals in 75 years, scoring 41 goals in 52 games, a 65-goal full-season pace.

No. 4: Nikita Kucherov: the Tampa Bay right winger became only the third player in NHL history to record back-to-back 30-point postseasons en route to a second consecutive Stanley Cup with the Lightning.

No. 5 Leon Draisaitl: the Edmonton centre placed second in the 2020-21 scoring race – such as it was considering McDavid won by 21 points - and has outscored every player in the NHL except 97 over the past five seasons.

Lightning superstar Andrei Vasilevskiy is the highest-ranked goalie at No. 6. He is the third goalie in NHL history to win the Stanley Cup in consecutive playoff years with a goals-against average under 2.00 in each postseason. Vasilevskiy has earned shutouts in Tampa Bay’s last five series-clinching wins, stretching from Game 6 of the Cup final vs. Dallas in 2020 to Game 5 of the Cup final vs. Montreal in 2021.

Vasilevskiy is the highest-ranked goalie in the TSN Top 50 since Carey Price reached No. 5 in 2017.

The other goalies on this season’s list are: No. 24 Connor Hellebuyck, No. 43 Price and No. 47 Marc-Andre Fleury, the reigning Vezina Trophy winner who was traded from Vegas to Chicago in the off-season.

Filling out the top 10 are:

No. 7 Victor Hedman: the Tampa Bay defenceman is the only player in the league to make the postseason 1st or 2nd all-star team each of the past five years.

No. 8 Artemi Panarin: the New York left winger has the highest career points per game in Rangers’ franchise history at 1.38 – albeit over just two seasons with the Blueshirts.

No. 9 Sidney Crosby: the Pittsburgh icon has averaged a point per game every single season of his 16-year NHL career. Crosby topped the TSN pre-season list the first seven years of the poll before giving way to McDavid.

No. 10 Aleksander Barkov: the Florida centre was a decisive winner of his first Selke Award as the NHL’s best defensive forward in 2020-21.