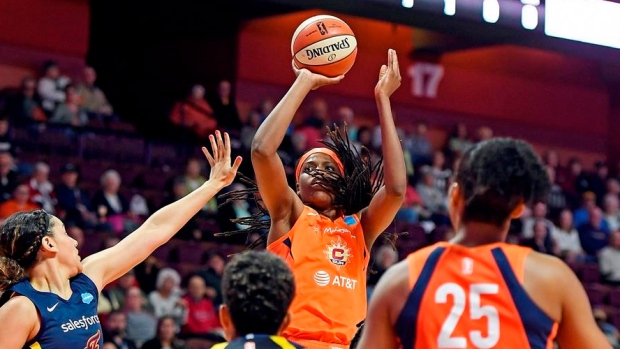 The expanded offering tips off Friday, June 28 when Toronto-native Kia Nurse and the New York Liberty host the Dallas Wings on Sportsnet ONE and Sportsnet NOW (7:30pm ET), followed by TSN’s broadcast of the defending Champion Seattle Storm as they host the Chicago Sky at 10pm ET.  The full Canadian broadcast schedule can be found here.

“We’re proud to partner with Sportsnet and TSN to provide fans in Canada with the opportunity to watch live WNBA games on more networks than ever before as well as a greater chance to see four of our Canadian players in action throughout the season,” said NBA Canada Managing Director Dan MacKenzie. “Coming off the Raptors’ historic victory in the NBA Finals and a record-breaking year for the NBA in Canada, the popularity of basketball across the country is at an all-time high.”

The WNBA is a professional, progressive basketball league that stands for the power of women.  Featuring 12 teams, the league exemplifies the excitement and excellence of sport as well as its underlying cultural and social dynamics.

Entering its 23rd season, the WNBA launched a new brand identity, including a new logo and color palette, that embodies the youth, diversity and strength of the league and its players. Through the league’s world-class athletes, its in-game fan experience, TV and digital broadcasts, digital and social content, and community engagement programs like Her Time To Play, the league celebrates and elevates the game of basketball and the culture around it. For more information about the WNBA, visit WNBA.com.